A love letter to bella Firenze 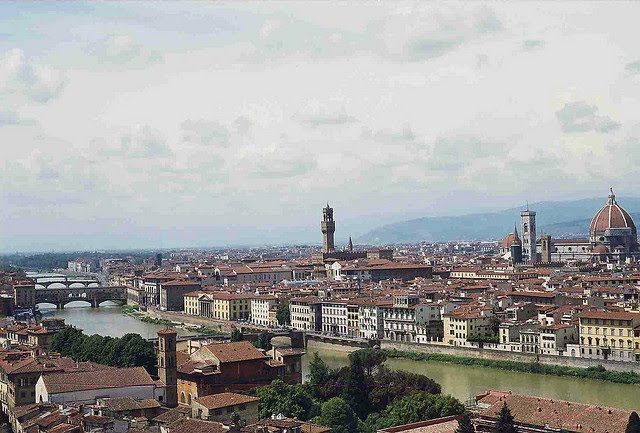 View of the city from Piazza Michelangelo.

I've discovered in our recent trip planning that many people who have been to Italy either didn't enjoy Florence immensely, or could take it or leave it. It's rarely people's favorite city. And I can kind of understand - it lacks the romanticism of Venice and the vast history of Rome. It doesn't have a leaning tower or The Last Supper. It can be crowded, gets very hot during the summer, and is fairly industrial and dirty. The public transportation isn't as good in Florence as in other cities, and it's pretty pricey.

But despite all of those things, Florence remains my favorite city in Italy.


Florence is the city of my independence. 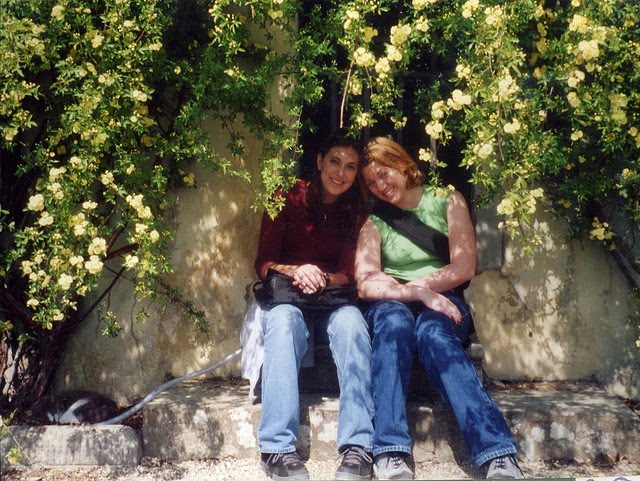 Before spending a semester in Florence during college, I had never lived away from home. Actually, I had never been away from both of my parents at the same time for more than a week. In short, I was incredibly sheltered. The small town we lived in was very much like a bubble, and though I had traveled rather extensively for my age (thanks, dad's job!), I wasn't exactly "worldly."

During my first weeks in Florence, I got by with a kind of "fake it 'til you make it" attitude. I pretended I knew what I was doing. I walked quickly, as if I had a destination in mind. I studied maps of the city religiously.

And then, a few weeks in, something magical happened: I acclimated. 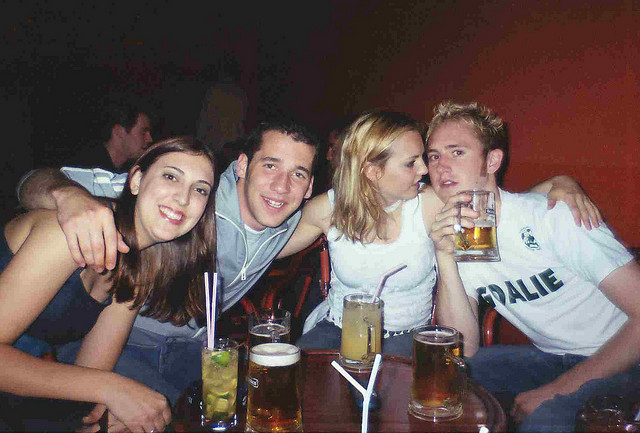 Out at our favorite bar, Lochness. "Cross the bridge, then look for the red door."

My Italian was improving. I wasn't afraid to venture to parts of the city I'd never been. I knew how to get groceries, where to go to the bank, where to get the best cannoli. I knew that €10 was too much to pay the guy on the corner for an umbrella, and you could whittle it down to €5 if you bargained. And then I figured out that even with a cheap umbrella, you were going to get soaked if it was raining. I learned how to ignore the gypsies. I knew where the best Internet cafe was so that I could email home, and how to drape my laundry just so on the radiators so that it would dry. I became self sufficient.

And it became the best six months of my life.

In many ways, I grew up in Florence. With lovely friends visiting from Austria at the old city wall.

Since living there in 2002, I've been back twice - once with my college in 2003 (on the trip where I met BF) and once with my family in 2004. And now, almost 10 years later, I'll go back again. This time with two of my best friends, and the love of my life. I can't wait to be there again - to draw on the feelings I felt while walking through the streets, to eat at my old haunts and show them all of the places that molded me.

When I'm walking through Florence, I get the feeling that anything is possible, and that everything lies ahead of me. I am so excited to be going back.
Posted by addy at 7:47 AM

Labels: about me, europe, florence, italy, places I've been, travel photos, trips I'm planning, wish I was there