I've had a soft spot for Florence since I did my semester abroad there in 2002. At first glance, it's not many people's favorite city in Italy - it's crowded, rather industrial, and, well, kind of dirty. But once you get past all that, it's a place unlike others in Italy - a city, but with a small town feel. We'll only be in Florence for two nights, but there's a lot we're going to pack in! 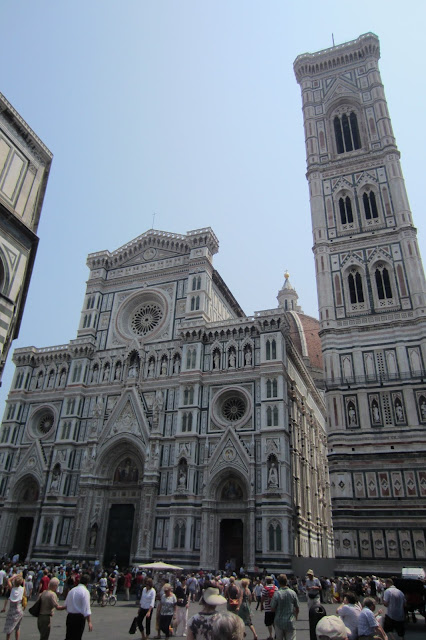 DAY 1
- arrive in Florence early afternoon, check into hotel
- Adriana's walking tour of Florence, checking out the Duomo, the Uffizi, Santa Croce, the Ponte Vecchio, Pitti Palace, my old apartment, Piazza Santo Spirito, and finally, Piazza Michaelangelo for panoramic views of the city!
- Dinner/snack at Eby's Latin Bar for the best crepes and burritos in Italy!

DAY 2
- Uffizi gallery for those interested (you have to get there early so that you can actually get in)
- afternoon trip to Pisa, or alternately, to the Ferrari factory by Modena (I'm thinking we may split up for this, as I'd rather see Pisa again.)

(This is a rather fully packed day, and might need to be split up or mixed around.)

I could spend hours daydreaming about Florence - but instead I'll just concentrate on the fact that I get to show off my home away from home to some of the people who mean the most to me!
Posted by addy at 8:59 AM