Let's cut right to the chase:

Dublin is... a city. I don't mean that in a bad way - cities have their fair share of charm and excitement - but there wasn't a "WOW" factor to it for us. I think when we planned the trip, we were hoping for green and countrysides and epic views, and Dublin wasn't that. I was elated to be back in Europe - in a place where tea was an acceptable alternative to coffee, and people drove on the left side of the road, but other than the general feel of being back in Europe, Dublin didn't do a whole lot for us. For one, we didn't meet all that many Irish people in Dublin. There are tons of transplants - so many people from different countries and cultures! Which was great in its own respect, but we were chomping at the bit to get a good feel for the country.

The first thing we did when we got off the plane was have a beer. Well, BF had a beer, I had coffee. It was only 9am, after all, but we were on vacation! 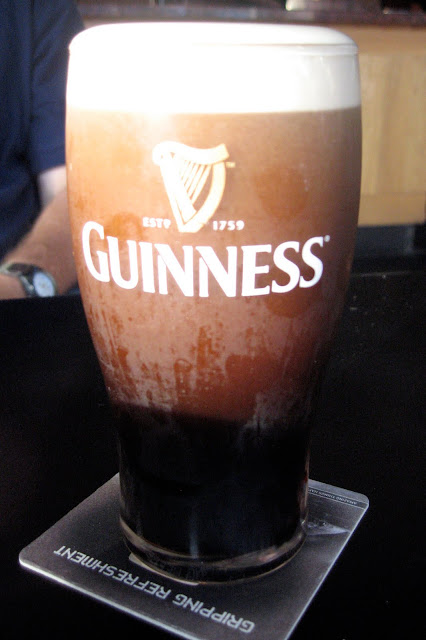 
We spent our the day wandering around, checking out the gorgeous Trinity College campus, Grafton Street, Temple Bar, the river, the layout of the city. 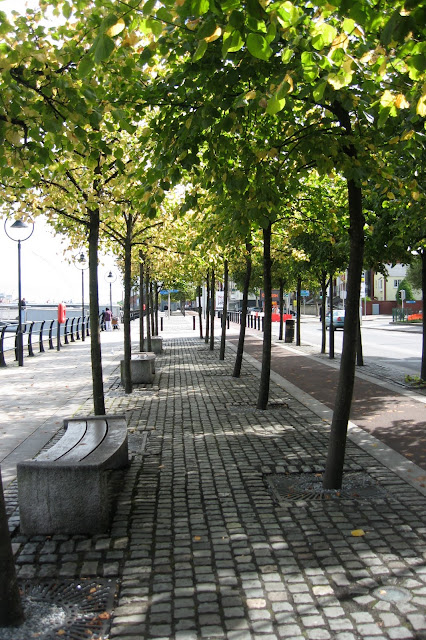 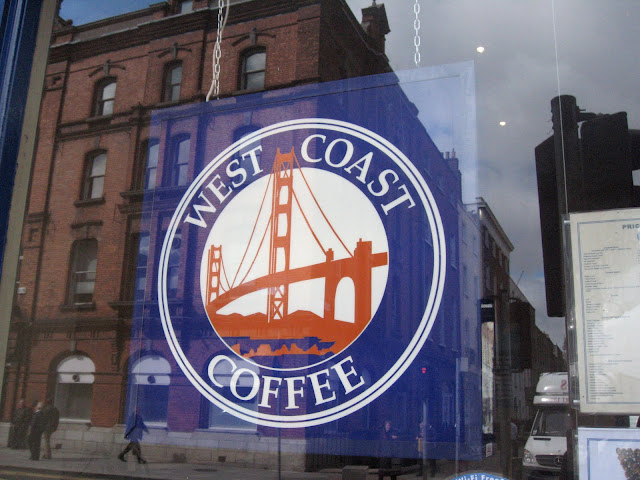 TRAVEL TIP: Something we hadn't counted on in Dublin was how difficult it would be to get a plain, simple, brewed cup of coffee. Almost everywhere BF ordered "coffee" in Ireland, it was one of two things: instant powdered coffee, or espresso and water. So strange. West Coast Coffee (pictured above) was the only place we discovered that served brewed coffee. I'm sure there are others, but it was a very friendly place - AND their coffee was fantastic!

After our jaunt west, we returned to Dublin on Monday afternoon. Our flight home wasn't until Thursday afternoon, giving us three days to wander Dublin. We had considered a day trip to Belfast, or to the Wicklow mountains or someplace nearby, then just decided to soak up the city and relax for the rest of the trip, since we'd been go go going since we'd arrived.

Some of what we did is kind of a blur at this point, but we saw a ton of the city, and did our fair share of touristy stuff.

- The Guinness Storehouse: BF and I both thought the other was really wanting to go to the Guinness Factory, when in fact, both of us could have skipped it. But, we went anyway, and it was ok. We thought it would be an actual brewery, when it was really just a fancy, overpriced museum. It cost us about $45 to go in, and we got to pull our own pints, which was cool. We definitely won't do it again, though. And there are lots of pubs in Dublin that let you pull your own pint, and probably for a lot less than $22.50. Skip this one, unless you're a die hard Guinness fan, or just rich and bored. 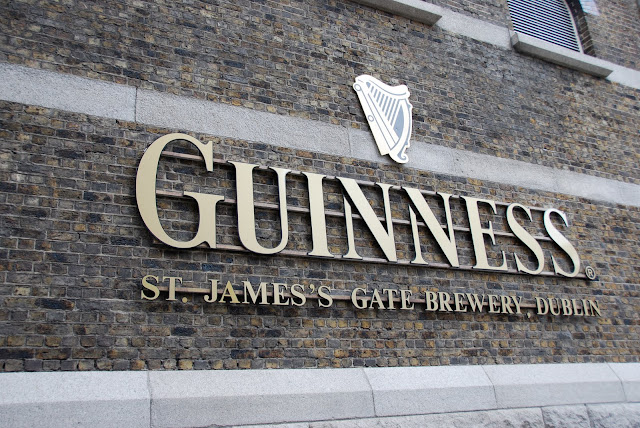 - Temple Bar: It's a famous area in Dublin, and kind of a cute tourist trap. Too many tourists for us, though, and the only time we really hung out there was super early the morning we left, before anything opened. If you're really into crowded pubs and nightlife, or some really nice, pricey restaurants, this is a good place to for you. If you're trying to budget your way through, steer clear of the restaurants here! 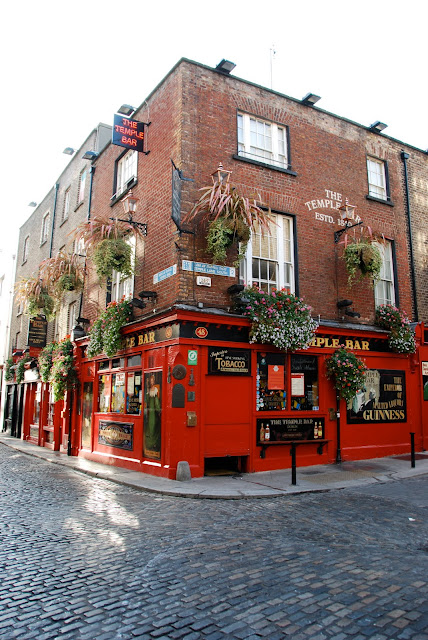 - Dublin Castle: We toured the castle, because it was pretty cheap (€4), and a fun way for us to get out of the rain for a while! It was a fairly standard tour, but offered some interesting insight about Irish history, and at the end of the tour, they take you underground to an old section that is really cool to see.

- Christ Church: Gorgeous building from the outside, and we visited and walked around for a while. But it was €6 each to go inside, and we agreed we'd rather spend that money on pints. Is that terrible? Next time around, we'll probably spend the money, as it was a truly lovely building. 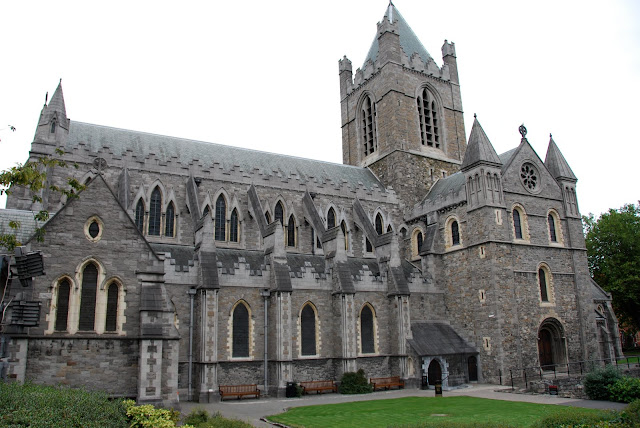 - St. Patrick's Cathedral: This one we did go into, and it was so beautiful inside that it was worth it! Gorgeous stained glass and some very cool history, and surprisingly, it had one of the best gift shops that we visited, and we ended up getting a bunch of gifts there. 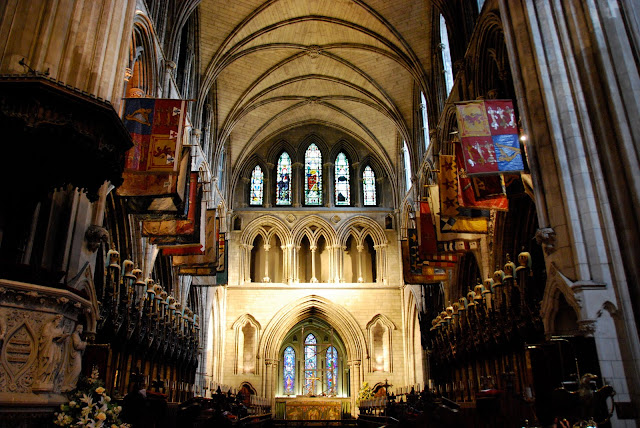 - Trinity College: Like I mentioned before, it's a great campus. Really cool building. We skipped the Book Of Kells, which I wouldn't mind checking out the next time we're in Dublin. We saw some young guys (we think high school, they were too young for college) at rugby practice, and it was nice to wander around the campus for a bit.

- Eddie Rockets: This was a super touristy restaurant that's basically exactly like Johnny Rockets out here, but they serve beer! We got burgers and beer, and BF was elated because it was the ONLY place in Ireland that we found hot sauce! Seriously, it was like there was no hot sauce in the entire county.

TRAVEL TIP: If you're going to Ireland, and like spicy food, bring your hot sauce with you! 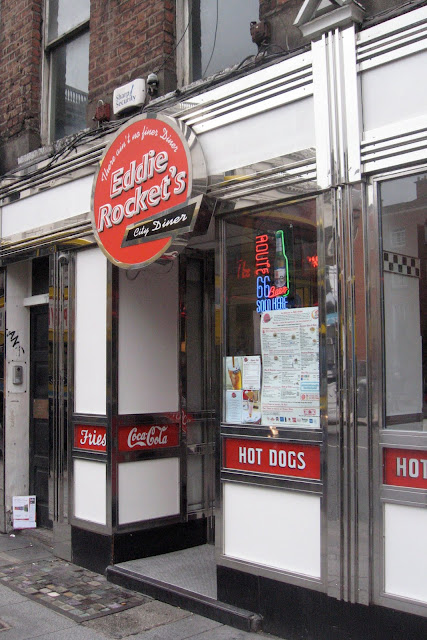 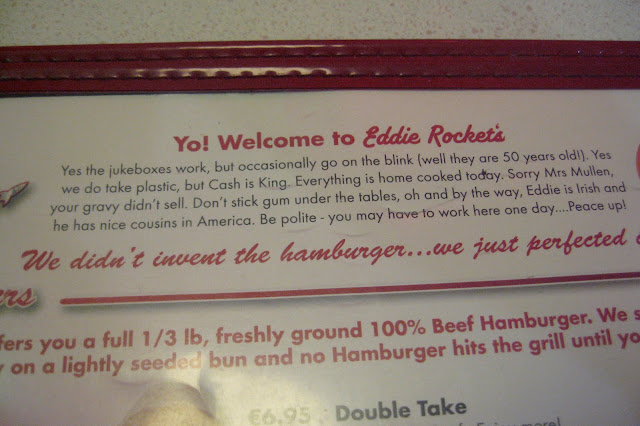 - The National Museums: There are a couple of them, and the only one we went into was the Archaeological Museum. And what an awesome time we had! It was INCREDIBLE. Entry was free, and they had all these amazing exhibits! We're nerds - we spent hours looking at the bog bodies and the Vikings displays. The bog bodies were 2,000 - 2,500 years old, and some of them were so well preserved. And those Vikings? They were awesome too! Some of their technology was so advanced - and they dated back 1,500 years! It was really an amazing experience. We had tea in their little cafe, and enjoyed their shop, as well. One of the best things we did the entire time in Dublin, and with the free entry, was the cheapest thing we did as well!

The rest of the time we spent shopping for friends, eating, and chilling out in our hotel. Our sleep schedule stayed rather out of whack, and we were often asleep early and up early. 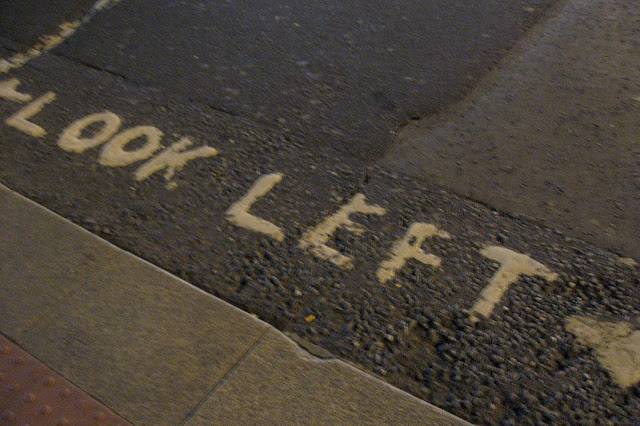 Reminders for tourists - it was tough getting used to looking that way first! 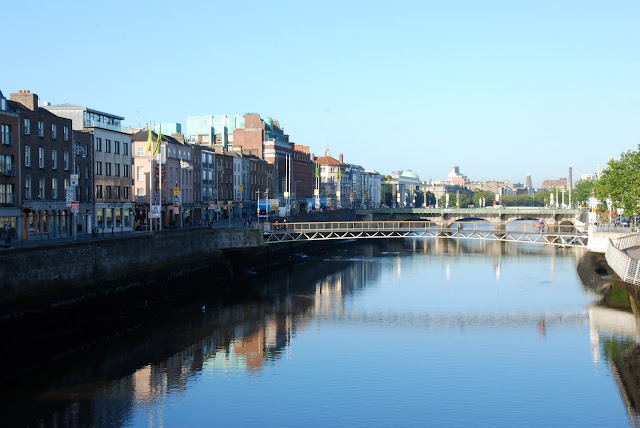 The River Liffey and all the bridges were pretty. 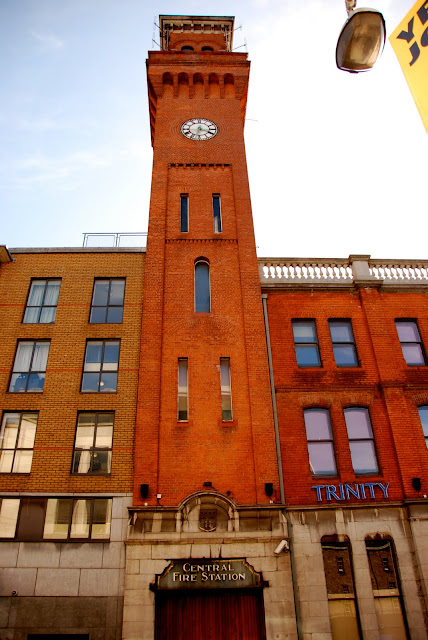 Our hotel (Trinity Capital) shared a building with the Central Fire Station.

Our last day consisted of more wandering around, then went back to the hotel to wait for the shuttle to the airport. The one we'd missed when we got in. And it was a good thing we were waiting for it, as it literally came and was gone within about 2 minutes! Customs in the Dublin airport were really easy, and we were soon back on our Aer Lingus flight home.
Posted by addy at 7:26 AM