Buying tickets to Ireland, plus our itinerary!

In June of last year, I started to get the travel bug. Bad. It made me obsessively check Travelzoo, and Kayak, and all of my other favorite travel sites. We had considered a trip to Ireland for a while, and when I started seeing air fare rates drop on Aer Lingus, we decided it was high time to do it.

After monitoring AerLingus.com for a few weeks, we found a fantastic deal: Los Angeles to Dublin, round trip, for $482 per person, after taxes. We booked directly through the Aer Lingus website - Los Angeles to Chicago to Dublin, and back. 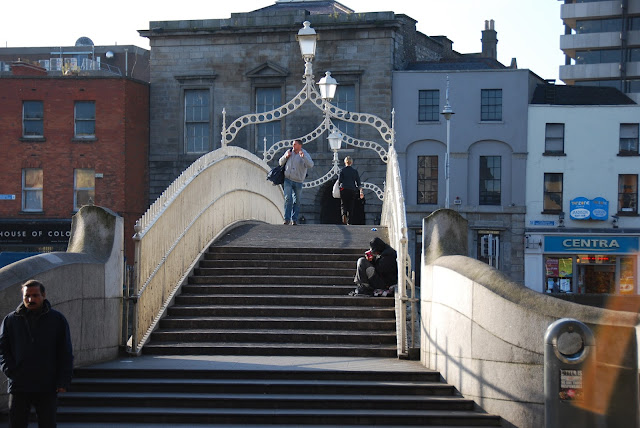 
After much consideration and debate, our 8 day, 7 night itinerary looked like this:

In retrospect, we spent entirely too much time in Dublin. When it came down to it, we had almost 4 full days there, and we later realized we'd much rather have spent at least one or two of those days driving around.

We did enjoy having a little "down time" after the sightseeing filled days we'd packed in on the west coast, but we're the kind of people who would take lakes and coasts over museums and shops.

Next time, if given the same number of days and nights, we'd do it this way:

That would still give us an afternoon, full day, and morning in Dublin, and we'd have four full days to drive and explore.

Where to go on the driving portions is great to leave open, since everyone has different priorities when it comes to what they want to see. Some people would prefer to go south, and see Cork and places like that - we prefer the less touristy areas. The areas a bit more off the beaten path that have lots of character and a genuinely Irish feel to them.

Another option would be to bring the car back a day earlier, and either spend more time in Dublin if it was your first time visiting, or else to take a day trip to the Wicklow Mountains, or another area nearby. That was another thing we'd have liked to have done, but by the end of the trip we were wanting a fairly low key few days.

Hopefully, Aer Lingus will keep up their low fares, and we'll get a chance to try out another itinerary!
Posted by addy at 12:50 PM