Let me first say this: London is crazy. It's a very cool, vibrant, amazing city, and it was so incredible to see our friends, our first trip there in 2012 was NOT a relaxing trip! We got better with the additional visits, and now I feel like we're pros! 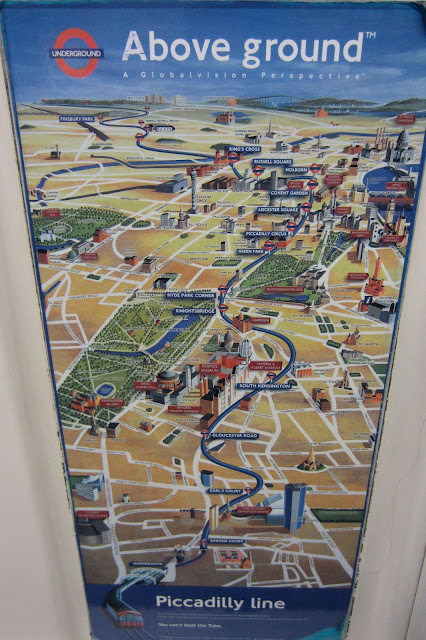 The Piccadilly line on a map of London

GETTING AROUND
When I was thinking about what I wanted to express about our trips to London, one of the biggest things ended up being something I really wasn't expecting - getting around the city.

And the Tube is remarkably easy to navigate - expensive at times, and can be a hassle if there's not a lift or escalator at your stops, yes, but easy.


Our adventure with the Tube began as soon as we landed. We had directions to get to our first hotel, since we were visiting friends and arrived in the morning when they were at work, and found it very easy to follow the signs from the airport terminal to the Tube.

TRAVEL TIP: You can also take the Heathrow Express train (£20 each way, sometimes discounted if you book online) or the Heathrow Connect into the city instead of the Tube. They'll take longer, and will cost more, but will be faster!

We followed the very easy to find signs in the terminal to the Tube stop, and then went to an automated machine to get tickets. There are a couple ways to get tickets - but we have found on recent trips that the easiest way is to get an Oyster card. They cost £5, which is a pain, but they're much easier than constantly buying one way fares.

On our first trip in 2012, we bought unlimited travel card for zones 1-6 for a week, since we would be there for a while, and wanted to go all over. They were pretty pricey, about £60 each, but they ended up being worth it. Heathrow is in "zone 6" so for us it was worth buying the passes that worked for our airport returns as well. Another way to go is to get the zones 1 & 2 card, then supplement the extra distances for Heathrow. 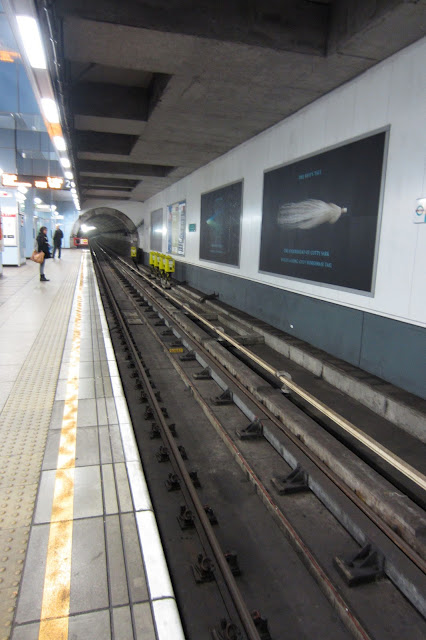 One of the many Tube stops we have been to!

On our other trips, we did the Oyster cards, which were pay as you go. You could top them off a lot of places, and by our later trips, we weren't using the tube as much, instead walking or taking buses, which the Oyster card works for but is less expensive. Plus, I saved my Oyster card from 2014, so last year I didn't have to spend the £5 for a new one, and could just load additional cash onto it. 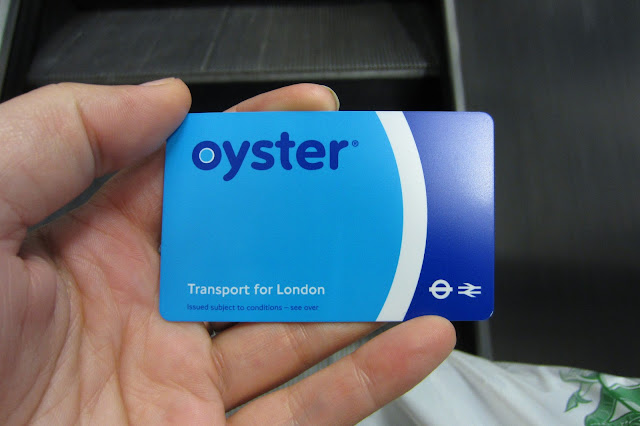 TRAVEL TIP: The Tube works differently than some other subway systems. You use your card to get both in and out of the stations, and then you're charged based on the distance you traveled, and how busy the trains are at that time. The peak prices (when lots of people are commuting) are higher than off-peak. But don't worry - there's a daily max that you can be charged - the price of the one day travel pass. Once you hit that, you don't get docked additional fares.

The public transportation also included buses, as well as some boats. Hubby loves boats, so we would often take that over the trains, especially if we weren't in a rush. I highly recommend taking a boat trip at some point in London - it's a different perspective and they're pretty fun!

TRAVEL TIP: If you're visiting Greenwich, take the boat back to London. You'll see the Tower of London, bridges, and all the great sights. It's a fun, 30 minute ride with great views of the river. 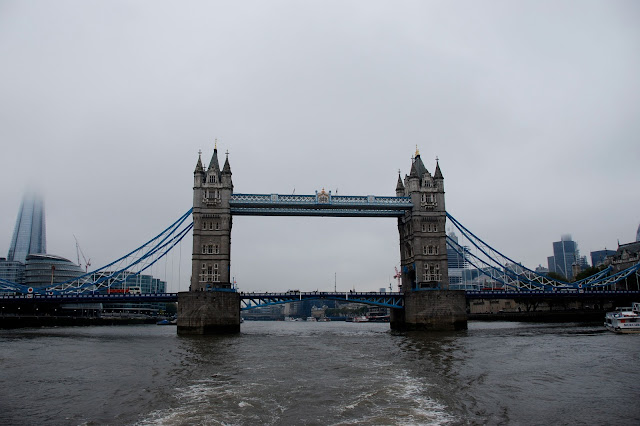 Tower Bridge, from the metro boat.

There are also "Boris Bikes" stations all over the city - where you can rent a bike to tool around on for a while. These are especially awesome in the bigger parks of the city - you can see a lot in a much quicker time frame! Hubby rented a bike and did some solo exploring while the girls and I were having afternoon tea!

Then, of course, there's walking, which is often my favorite way to see a city.  Grab a map, or just wander around, and you see all sorts of great things. We stumbled upon some of the best places for coffee or for a snack while doing this, and also found a book market along the south bank of the river during one walk! It was pretty amazing. 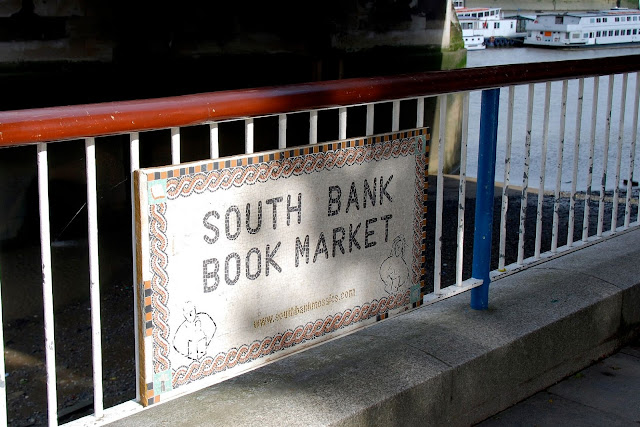 While it may seem a bit overwhelming when you first arrive, London is a fairly easy place to navigate. Most people are super friendly, unless you catch them during an evening rush commute, when things get a bit pushy. But hang in there!
Posted by addy at 8:50 AM