Since M spent a good portion of the trip working, we did a lot of our wandering and sightseeing at night. Which actually worked out really well for us, because New York by night is really awesome. For some reason, most nights we ended up eating dinner on the Upper East side, so we walked back down to Chelsea to our hotel more than once, and got lots of chances to check out the sights by night! 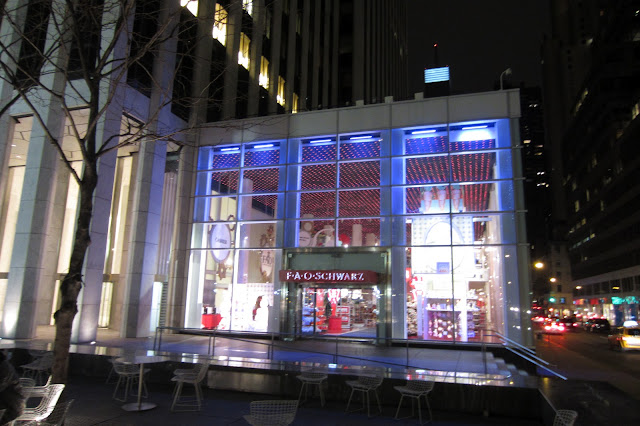 FAO Schwarz!  Kind of bummed we were never there when it was open to check out all the toys! 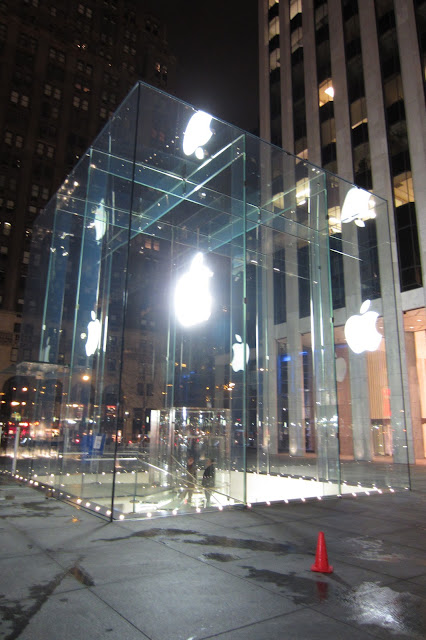 The coolest Apple store, ever. (Second coolest was the one in Grand Central) 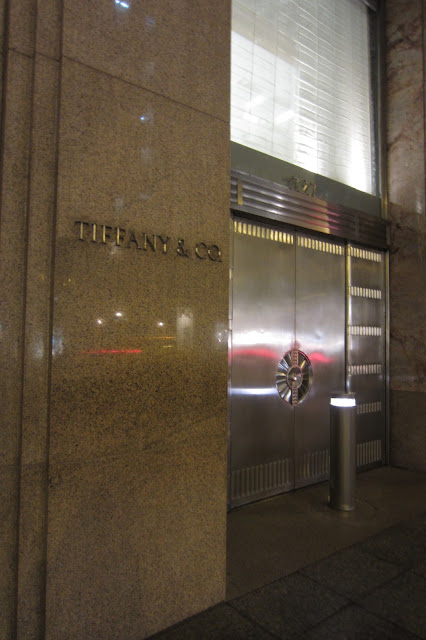 We didn't make it for breakfast, but we could've had a late night snack there... 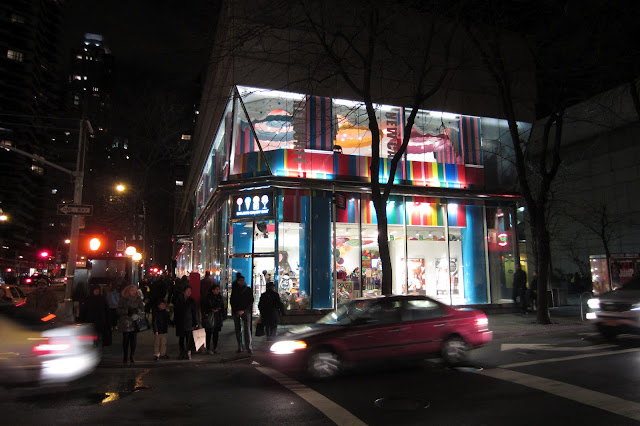 Dylan's Candy Bar by night! On the same street as Serendipity, and we actually liked it better... 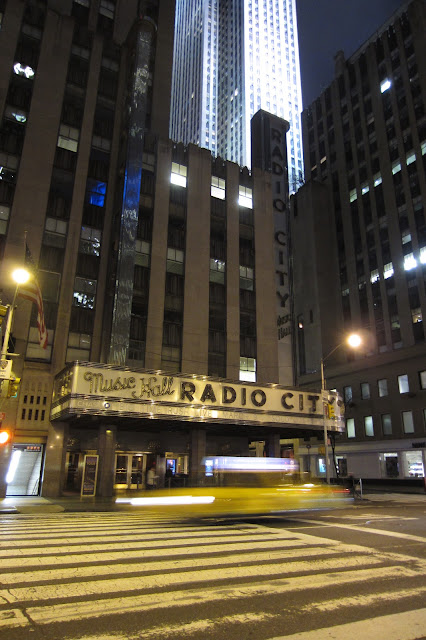 Moments before, the lights had been on.  And moments later, they came back on. 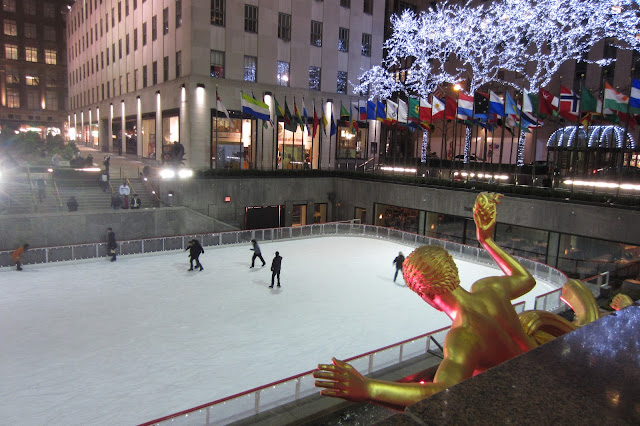 The ice skating rink was still set up at Rockefeller Plaza - it was so fun to watch the skaters! 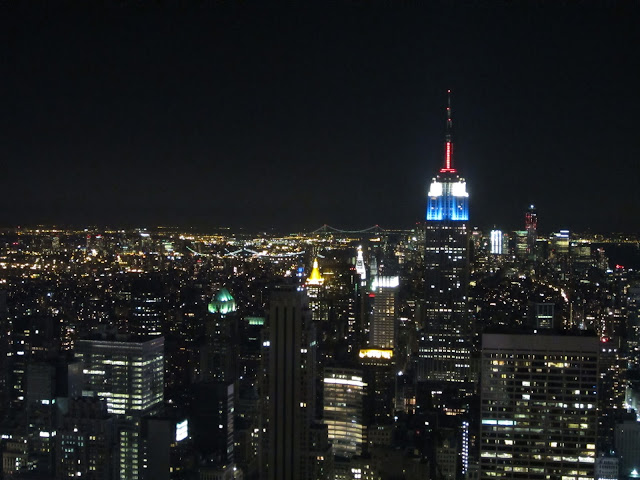 View of the Empire State Building from the Top of the Rock! 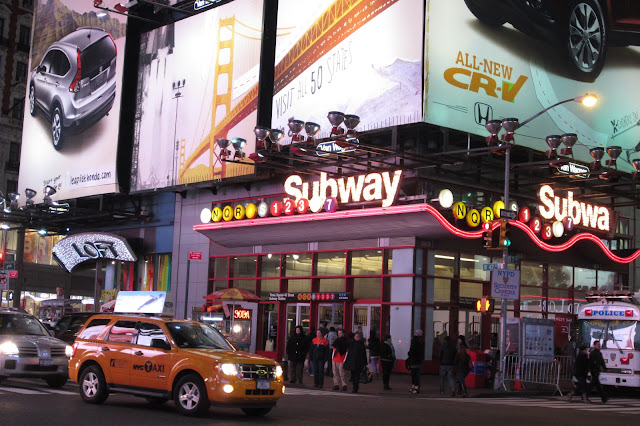 Times Square was awesome, and the Subway stop there was super colorful! 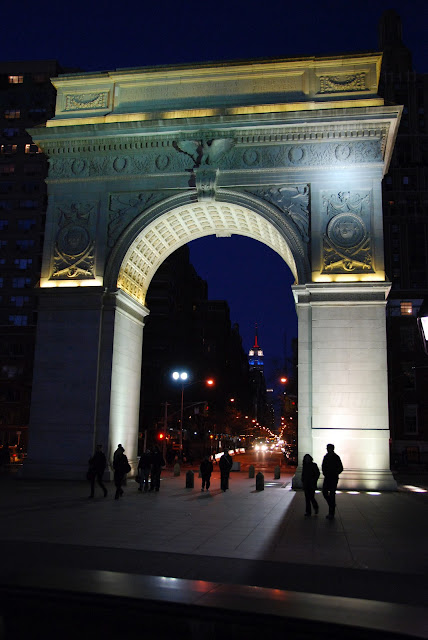 The arch in Washington Square Park.

Our last night, we went over to Astoria and Queens with X, and she took us to some of her favorite spots for views of the river and bridges and skylines. It was the perfect way to end the trip! 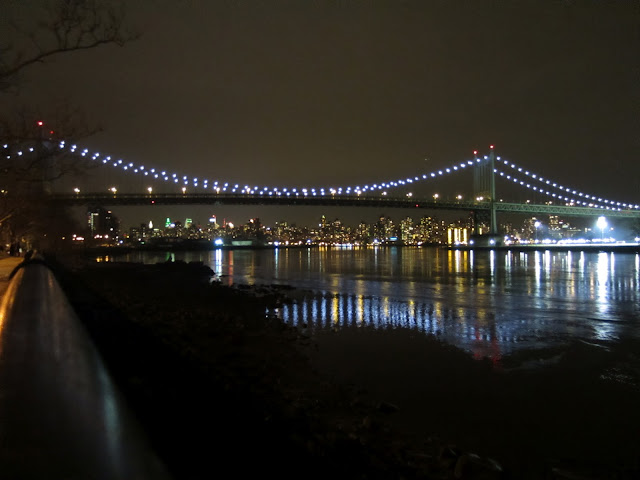 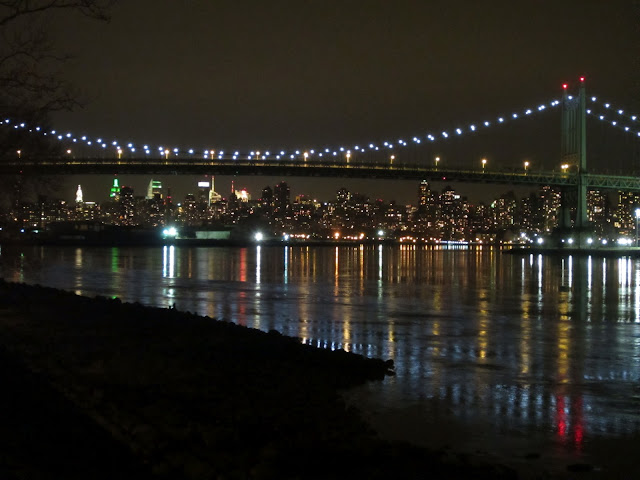