Admittedly, I had a very ambitious list of things I wanted to see while in New York last month. While I didn't manage to do EVERYTHING, I think I covered a good amount of stuff, plus some extras that were unexpected!

I was in New York for 5 days - Thursday through Monday. The first two days, I spent the majority of in my office, then meeting up with M when she finished work. We went sightseeing at night - it was a really cool perspective of the city. 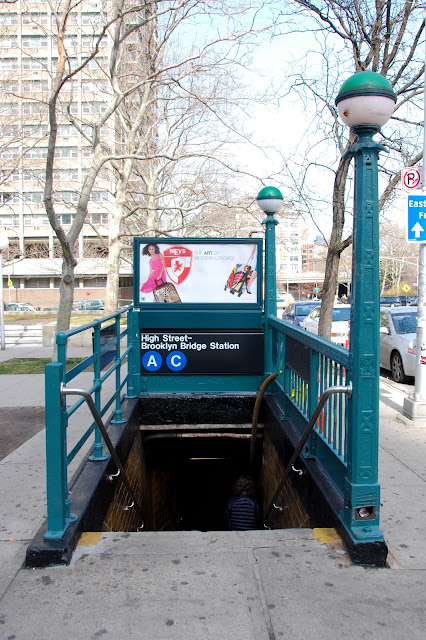 Saturday was my big sightseeing day - I took the train to Brooklyn, then walked back, meeting up with my friend X and hanging out with her. We eventually walked all the way back to Times Square (Brooklyn to Times Square = 7.5 miles!!) and met M for dinner. It was a great day, and it was amazing to get to see so much of New York.

I started out in Brooklyn, with every intention of getting pizza at the world famous Grimaldi's, then walking over the bridge to meet X in Little Italy.

But when I finally found Grimaldi's, there was already a line of 20+ people... I waited in line for a few minutes, then realized that it wasn't going anywhere, and I was wasting precious minutes of my trip! Also - you can only get a whole pie at Grimaldi's, and that was way too much pizza for me! A friend later told me the trick is to call your order in - then you don't have to wait in the line and can just walk in, pick it up, then head down to the waterfront to eat.

I jumped out of line (it was also really cold that day - the high was only 36 degrees) and walked down to the waterfront. Even though it was so chilly, I couldn't resist an ice cream break at Brooklyn Bridge Park, especially since I'd skipped breakfast! 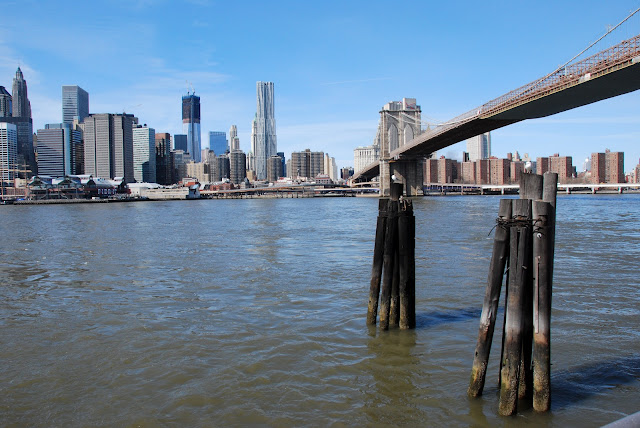 Looking back at Manhattan from Brooklyn Bridge Park. 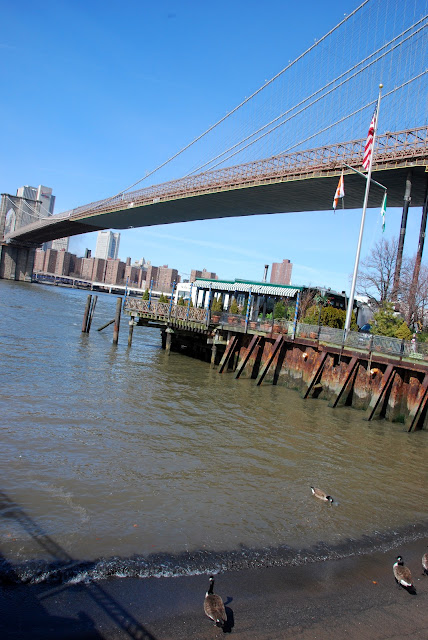 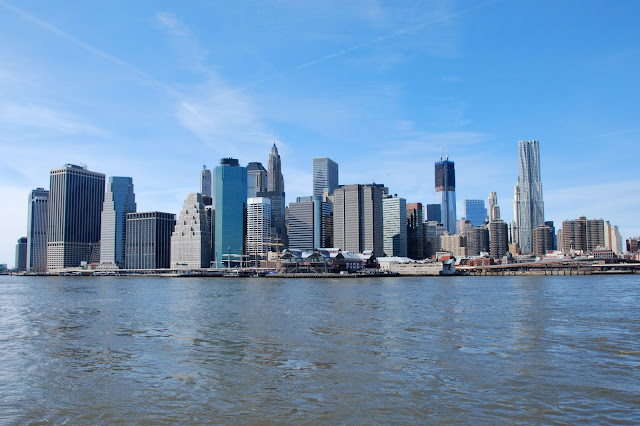 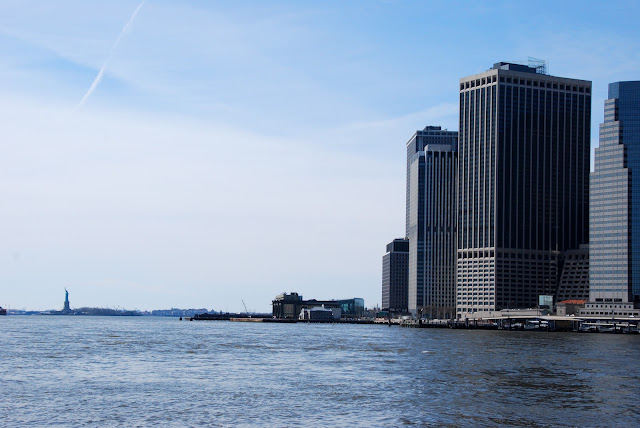 This was the closest I got to the Statue of Liberty... next time I go, I'm definitely doing the Statue/Ellis Island tour! 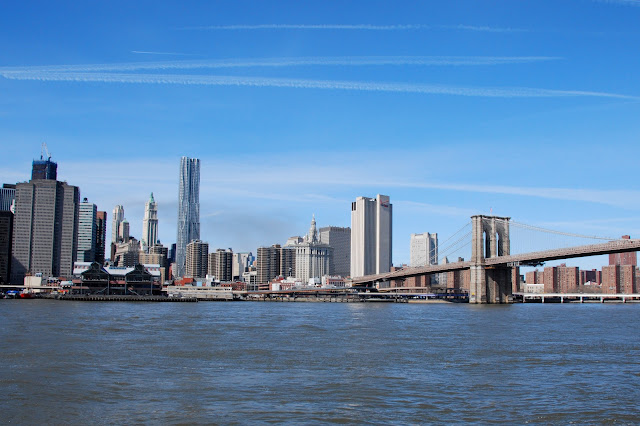 Another shot of the bridge and skyline.

All the wandering around made me really hungry, so I decided to find another pizza place - and I quickly found Front St Pizza! It was magically delicious, and fortified me for the walk across the bridge! 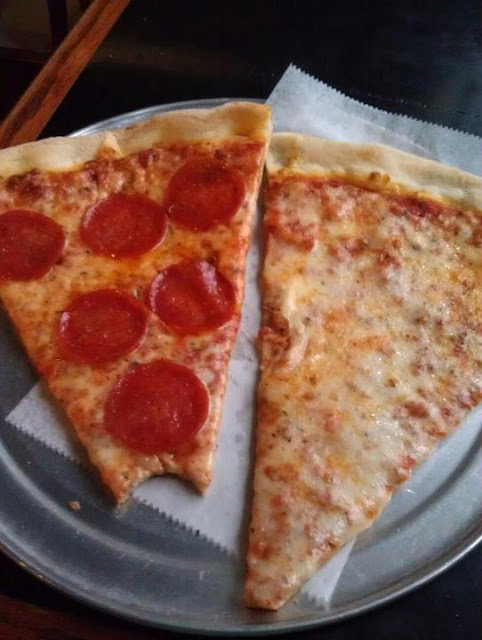 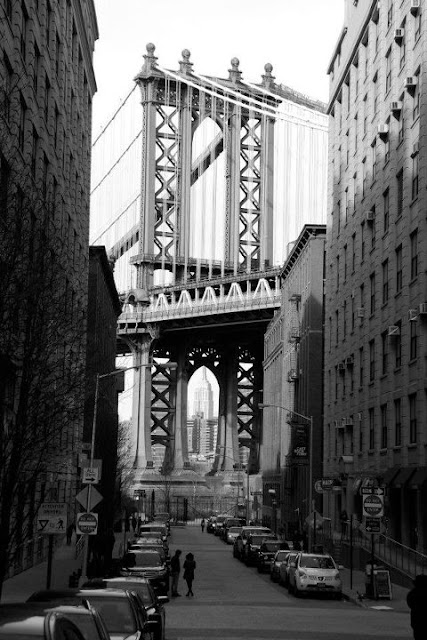 View of the bridge from up the hill from Front Street Pizza!

After eating, it was time to walk across the bridge. It was so fun! I highly recommend this to anyone going to New York - it was so cool to be soaking up the Manhattan skyline while walking through the awesome cables on the planks of the bridge. Just make sure you keep a close eye out for cyclists - they really book it! 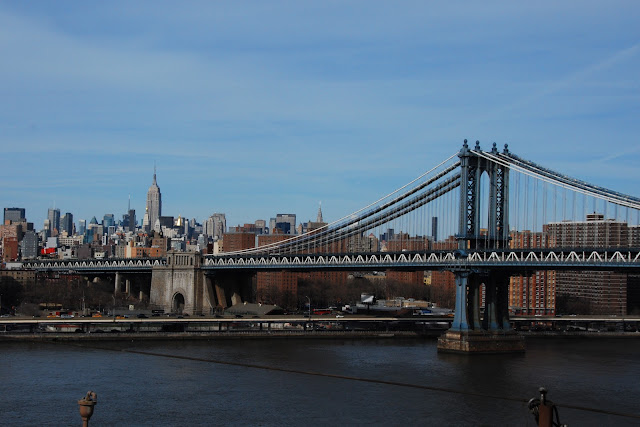 The Manhattan Bridge as seen from the Brooklyn Bridge. 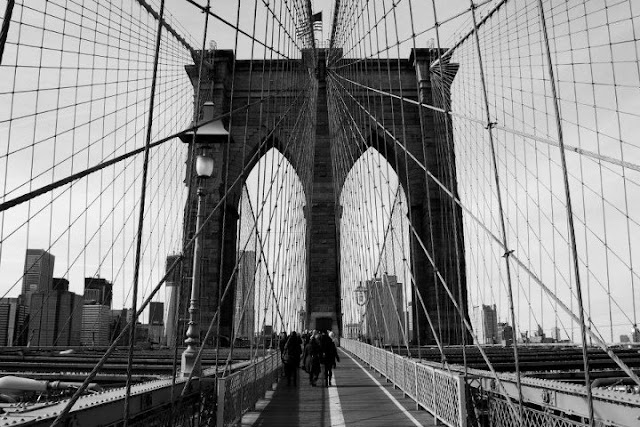 Once I crossed the bridge, I walked up Broadway to the craziness that is Canal St, and met X right next to Little Italy. We wandered around, then grabbed a quick lunch at La Nonna. And yes, we got dessert, because I couldn't NOT have tiramisu in New York! 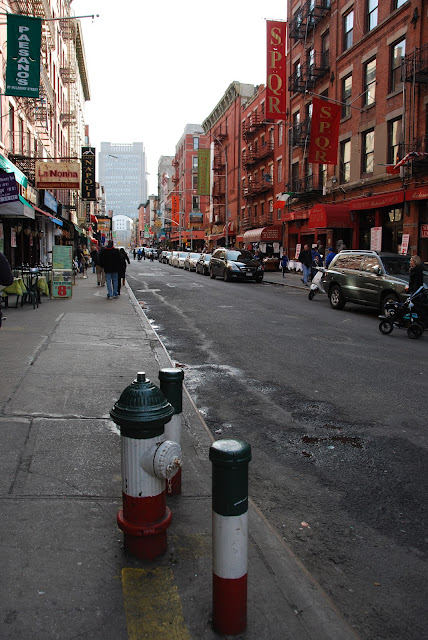 After our late lunch, we wandered up Broadway, ducked into a couple of cool shops, and made our way through Washington Square Park up to Union Square. Near Union Square is Fishs Eddy, which is my new favorite kitchen shop! Then it was off to meet M for dinner, and crashing in bed after an attempt to go to Top of the Rock was denied because we got there too late.

Sunday was our day to hit up Central Park, but that deserves an entire post of its own!

Monday, M was FINALLY done with work, so we spent the day seeing everything on her "must see" list! And it was so fun! In addition to hitting up some of the things I'd already seen, and then also Grand Central Station and the New York Public Library. 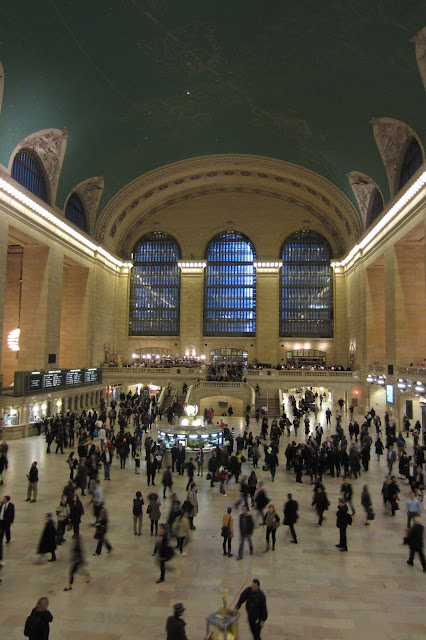 Grand Central - it was so awesome to just hang out there for a while. 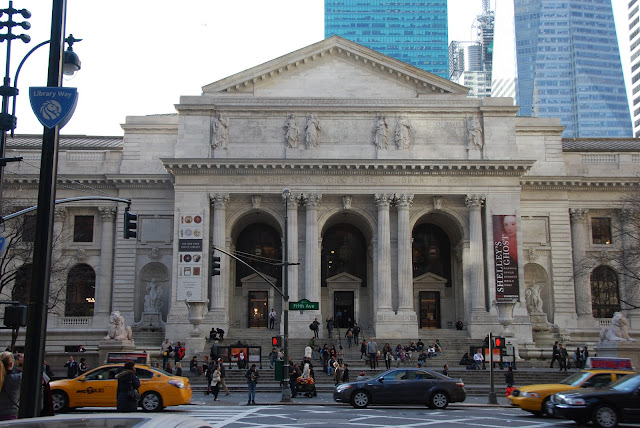 The NY Public Library! So impressive! 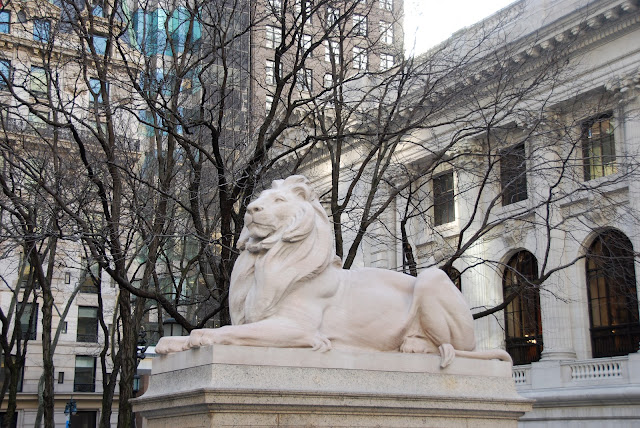 After our day of wandering, and when she got off work, we met up with X and went with her to Queens and Astoria. We had dinner at a GREAT place in Astoria called Sweet Afton, and then stayed up way too late chatting. It was such a great trip!