The best find of our trip to Ireland was a pub in the small town of Ballyshannon called Sean Og's. We arrived in Ballyshannon late on a Friday night and checked in to our hotel, then wanted a bit of nightlife. And oh, boy, did we get it! We wandered around Ballyshannon and stopped in at another bar for a drink, but no one was all that friendly, so we kept moving. Then we found Sean Og's. 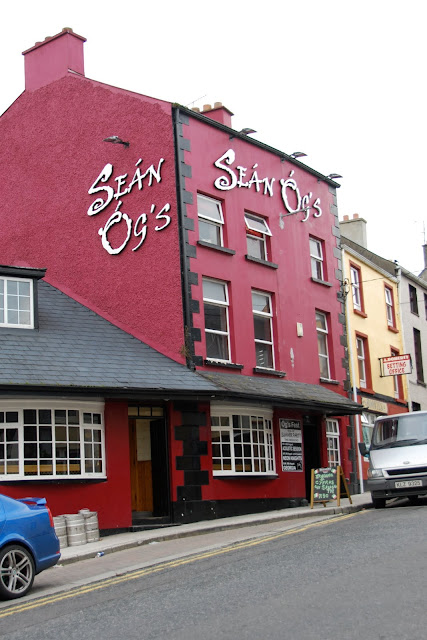 
We sat down and ordered a round, and noticed that it was a much younger (as in, closer to our age) crowd. There was a group playing cards in the corner by the fire place, and it was just very charming! About halfway through our beers, this really drunk guy came stumbling over from the table to get another round. And he started chatting with us! The first outwardly friendly person we'd come across!

His name was Eunan, and he went by Bunnion. I know. Kind of awesome, no? Eunan's this guy who is about 5'7", and was hilarious. He totally made fun of the hotel we were staying in, joked sarcastically about how "lovely" Galway was, and then got comfortable enough to ask about us.

Let's just set the stage here. Eunan was standing next to BF, who was sitting on a bar stool. I was on the other side of BF. The next part of the conversation went like this:

We were all laughing at that point, because he was totally kept dishing it out to BF. Then BF kind of slowly stood up to stretch, and it was like a cartoon - Eunan's mouth dropped open and he leaned his head back dramatically to get a good look at BF.

Eunan: My God! You're a bloody fucking bear! You're a fucking legend!

It was one of the funniest things I've ever seen in my life, and it sealed the two of them being fast friends. From there, Eunan introduced us to the rest of his "group," and everyone was so nice. We met Eunan's fiance Tanya (he only waited 6 months to propose to her, by the way, he told us), Darren, the awesome bartender, and Terence, who was one of the owners. The boys had round after round of beer (I lost count at their 6th Guinness or so), and Tanya and I quickly bonded as being the only girls in the conversation. Every time we started to head back to the hotel, another conversation would come up, another round of Guinness was ordered, and more fun was had. 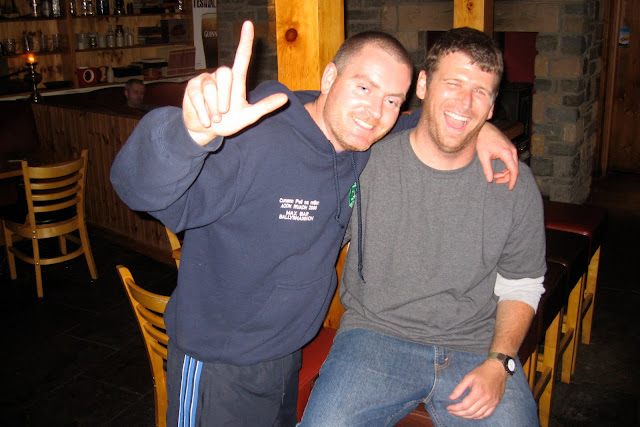 We ended up hanging out with them until 4am. 4am! And I still practically had to drag BF away from chatting with Darren and Terence about bartending. It was the best night of our entire vacation, and we went back the following night because it had been so amazing.

The second night we went in and there was live music. Totally different vibe, still as awesome. I think the performer was called "Horsebox," but I haven't been able to find him, so I am no longer sure - he was good, though. He kept asking for requests, and we couldn't think of any! I wanted him to play "Galway Girl," but even in my inebriated state I knew asking him for that one was a lame and cliched as asking for "Freebird." He read my mind and played it anyway, and BF totally gave me away to Terence, and the two of them teased the hell out of me for the whole song. Good times! Hilariously enough, he also played "Freebird."

It was so nice to sit in a cozy bar, drinking a beer and listening to good music! Very cool town, very cool bar, and we wished we'd been able to spend more time in Co. Donegal so that we could have gone back some more! 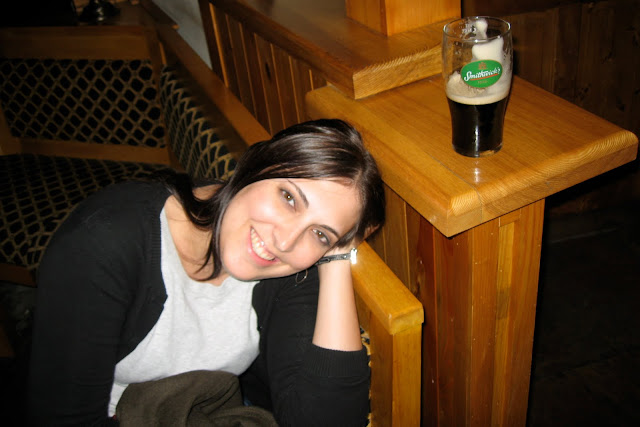 That beer next to me? Was my 5th. I made BF finish it, as I was clearly in no shape to continue without getting sick!

We're definitely people who like local bars, and places we can go to more than once, and Sean Og's was a perfect location for us! I highly recommend stopping in if you're ever in Co. Donegal!
Posted by addy at 4:32 PM