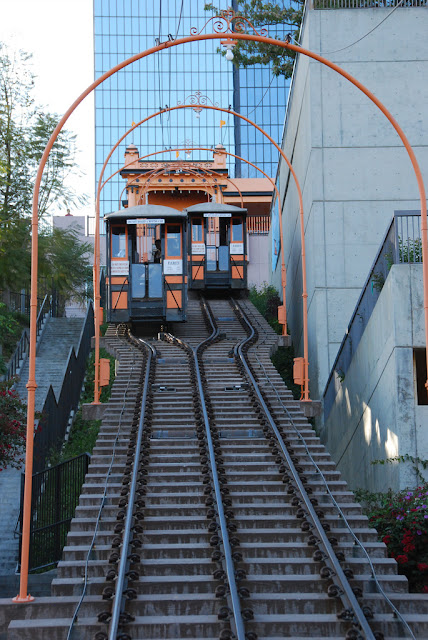 Angel's Flight is a unique piece of Los Angeles history! It originally opened in 1901 as a way for the wealthy residents of Bunker Hill to make it down into downtown Los Angeles, and then it was refurbished and reopened from 2010 to 2013, then was closed to investigate safety issues, which are still ongoing. It's unfortunately not running today, but you can check in and see if it's up and running again by following the Angel's Flight Railway page!
Posted by addy at 7:09 AM