I actually learned about this tour originally from Pinterest - I found this amazing pin of a gorgeous sea cave in the Algarve that I immediately wanted to visit. The cave photo that made me want to do a tour!


A little research later, I found that there are tons of boat tours of the caves in the Algarve, and one of the most highly recommended was a small tour company, Taruga Tours, that operates out of Benagil Beach. They have a small stand on the beach where you buy your tickets, and several boats and captains that run the tours. The tours cost 17,50€ per adult, and we thought it was very well priced.

We arrived at the beach after checking into our hotel in Lagos. It's a quick drive, but sort of easy to miss if you're not using a GPS system. We used Google Maps from an iPhone and found it easily enough... it feels like you're in the middle of nowhere then all of a sudden you're going down a steep hill towards the cove! 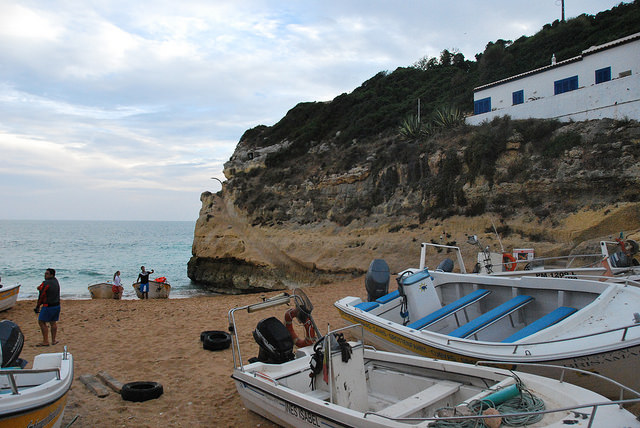 The cove where the boats come in and out of, there's a wide sand beach directly to the east of the cove as well!

TRAVEL TIP: Apparently sometimes the tide gets too high to go into the caves, or too low to miss the rocks that are leading into them, so if you want a really full experience, check the tide calendars and go at a time when it's neither super high or super low!

The tour that was departing when we arrived was sold out, so we booked the following tour, the last tour of the evening that day, at 17:30. We had a little over an hour to kill, so we went to the restaurant overlooking the cove, Casa Lamy, for a late afternoon snack. 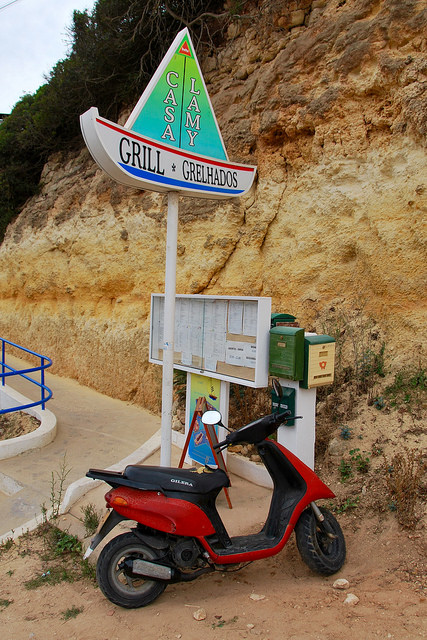 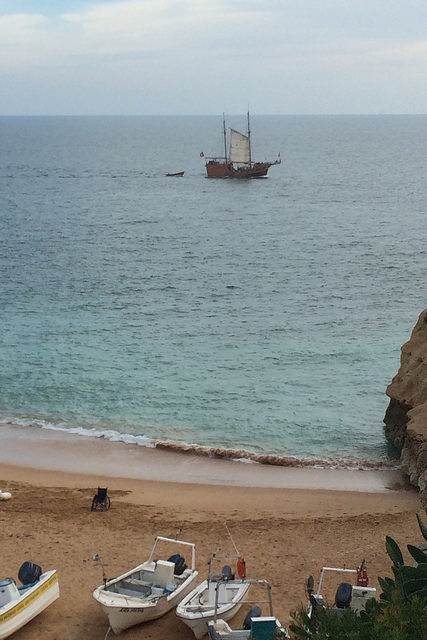 View of the cove from the patio of Casa Lamy restaurant 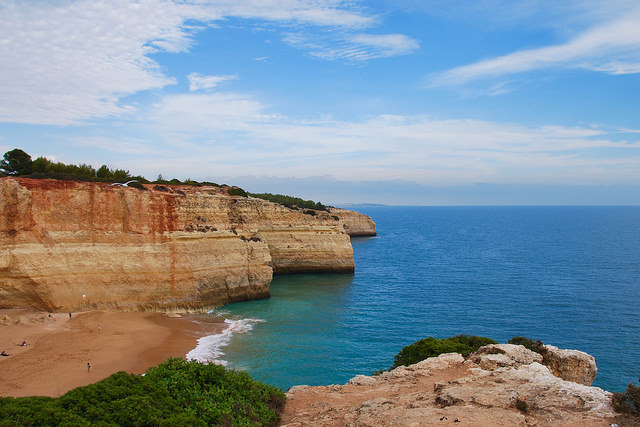 There's a short trail above the restaurant that leads you out onto the cliffs and has great view points - this is a shot from the cliff of the beach next to the cove and the awesome cliffs.

We wandered back down a few minutes before the tour started. If you want to be at the front of the boat, or are a large group, queue up early so that you can all sit together. The boats are kind of small and the views are best from near the front! 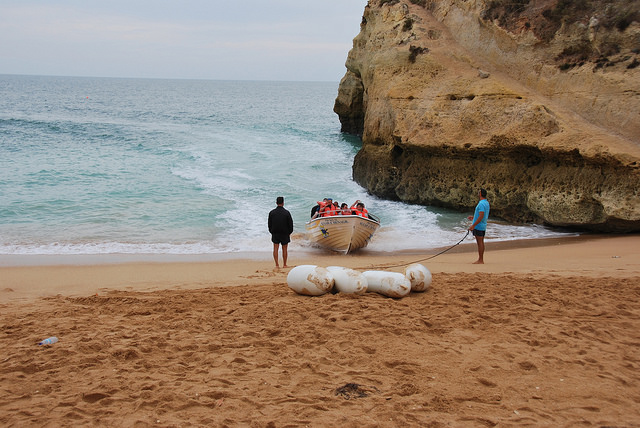 The boat before us coming in for their landing!

After we had our life jackets and were all seated, we were off! The small boats are great because you really get close to the cliffs and caves, and see everything up close.

We started out to the west of Benagil Beach and explored a bunch of the coastline - going into a few caves, and checking out others from the boat. 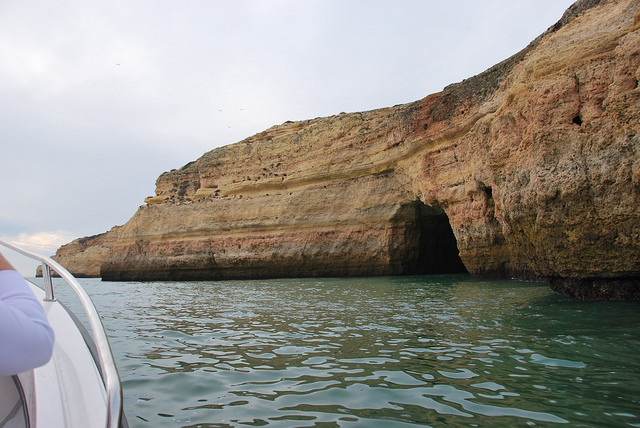 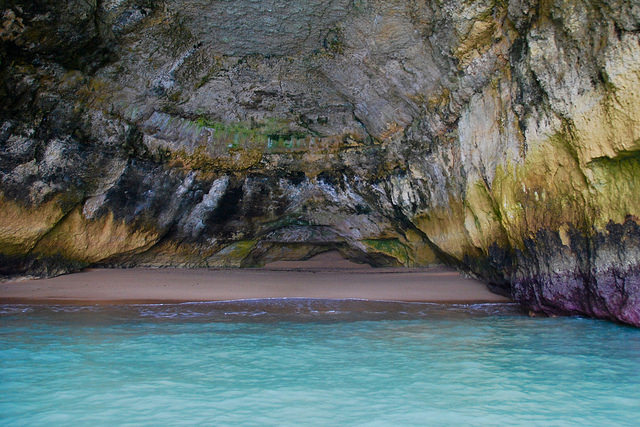 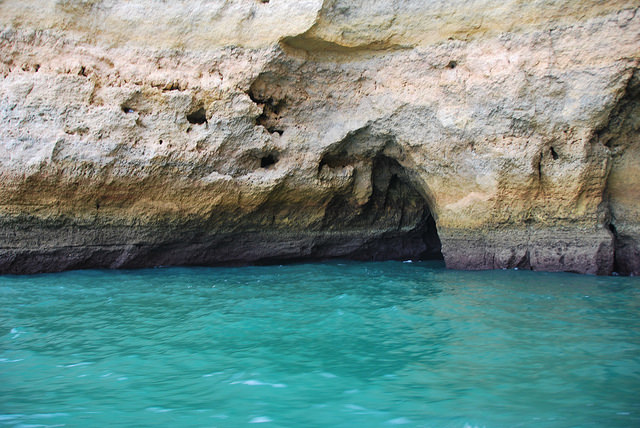 We traveled down to the Farol de Alfanzina (lighthouse), then turned around and headed back east towards Benagil, then farther east for additional caves. 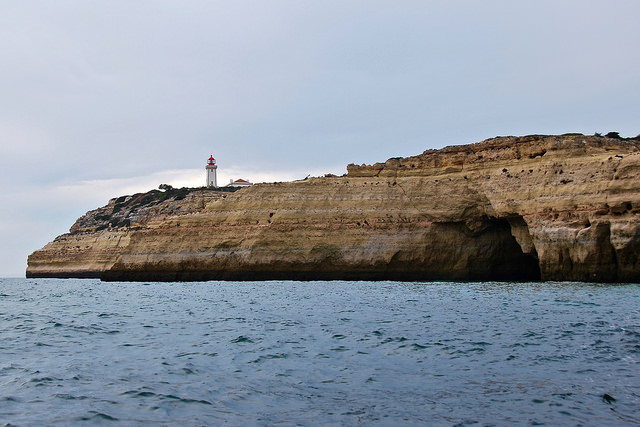 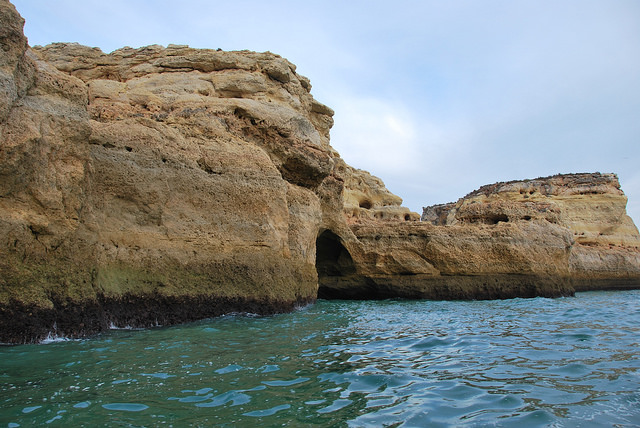 Heading back east of Benagil Beach.

The biggest, most well known cave is the one from that pin I had liked so much - Algar de Benagil. (It's actually a grotto, not a cave.) Unfortunately our tour didn't land/disembark at any of the beaches in the caves, but they were still really cool to see from the boat. 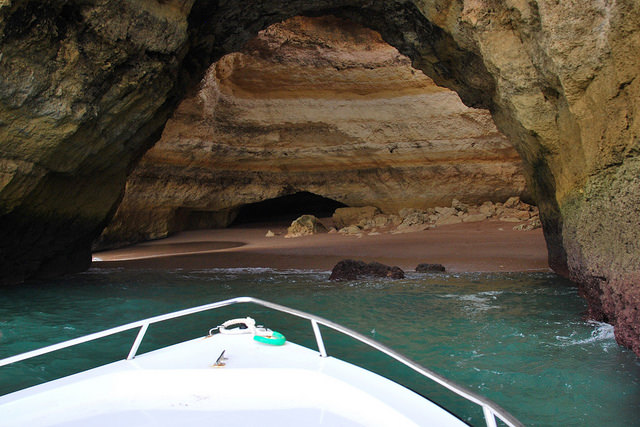 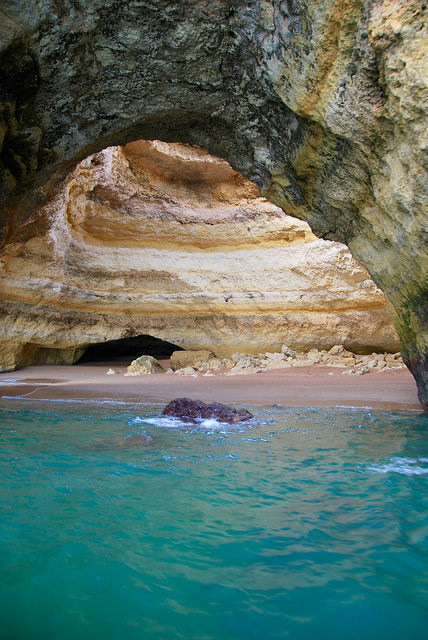 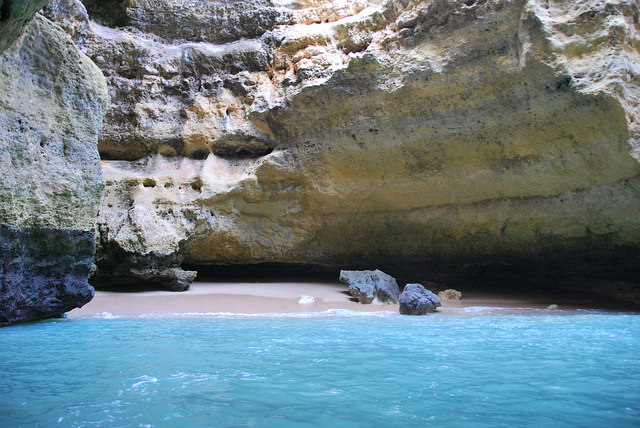 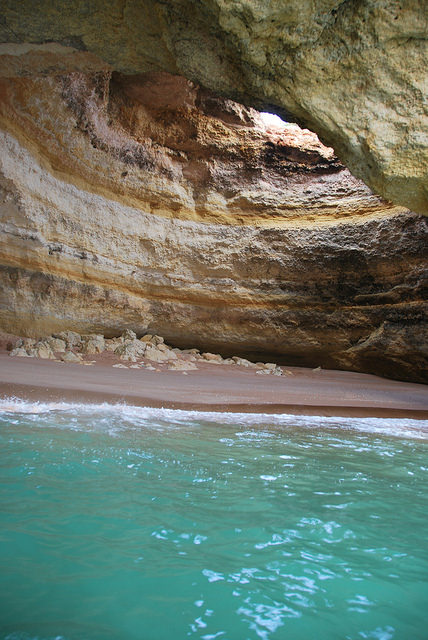 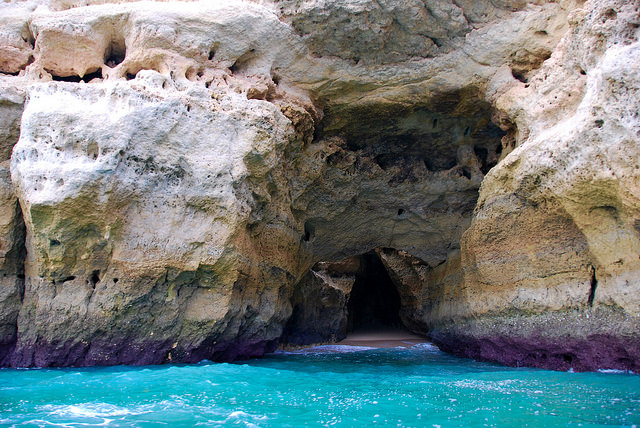 I would love to go back on a calm ocean day and try to kayak some of the caves and beaches as well. I read some conflicting reports about whether kayaks were available for rent or not in the region, but they seem like they'd be a great way to go to the beaches in the caves!

We continued along the coast for a while longer, until we got to some really fun rock formations - including one that locals call the "elephant!" 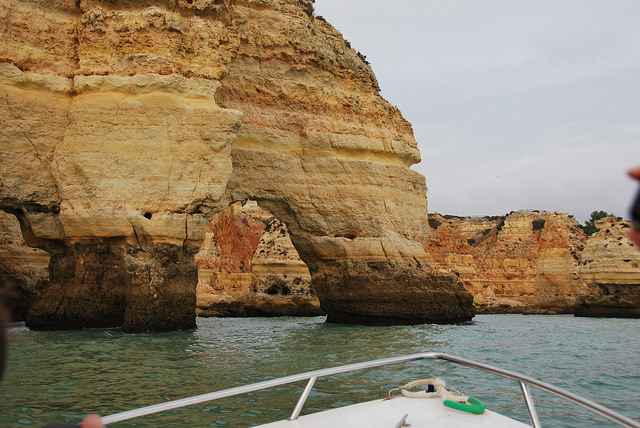 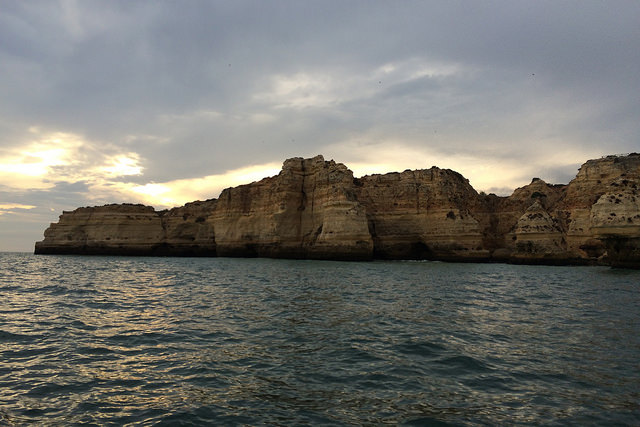 We headed back as the sun started to set, and our captain seemed to be showing off a little bit. Our landing back onto the beach was a little rough - we hit a wave and then dropped, causing a bunch of water to come over and soak a lot of the folks on the boat... It was very fun, even though we ended up a big soggy!

We greatly enjoyed our boat tour, and I would highly recommend it for anyone in the area - it is a great way to experience the coast and see some of the beaches along the Algarve.

Check out more Portugal posts HERE!
Posted by addy at 5:16 AM