I've mentioned Meantime on the blog before, but hubby and I were talking about beer and London a few days ago and it reminded me just how much we'd loved our tour. So, I figured they deserve their very own post!

Hubby and I, along with SD, hit up a tour at the Meantime Brewing Company last October. SD suggested it, and since hubby loves Greenwich so much, we figured it was a perfect way to spend a Saturday afternoon! The tour costs 20£, and was absolutely worthwhile. 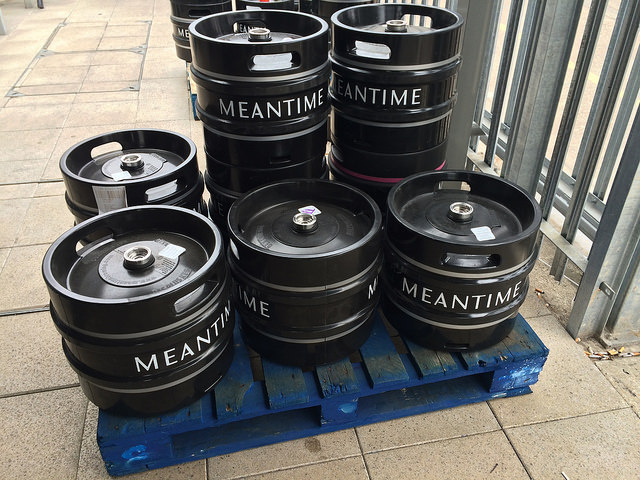 MEANTIME
First of all, here's something to know: Meantime Brewing Company is in Greenwich, but it is NOT in the "main" part of Greenwich that you can easily get to by boat or tube from London. We made the mistake of not looking closely enough at the map when we headed out... and ended up having to very hurriedly walk the 15-20 minutes to the brewery. Fortunately we had given ourselves a bit of time to wander around Greenwich, so we still made it to the tour on time.

TRAVEL TIP: There are buses that drop you very close to the brewery. I use Google Maps directions because they give options on how to get somewhere (public transport, walking, driving). Also good to use are CityMaps2Go and CityMapper! 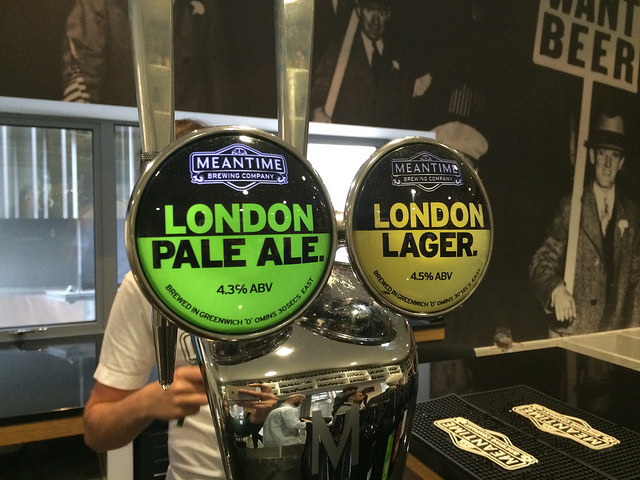 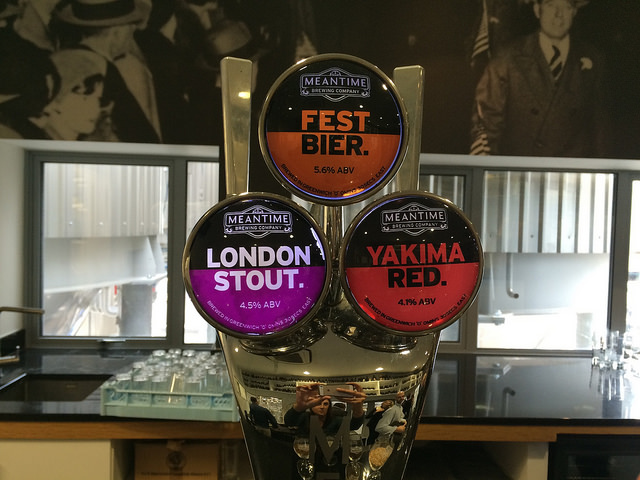 Most of the beers we tasted were on tap in their samples room.

We met SD in the restaurant/bar area of the brewery a few minutes before the tour started, and were welcomed by the workers at the brewery. Everyone was really nice and welcoming. Then came the best part. Alex "Big Al" was our tour guide. 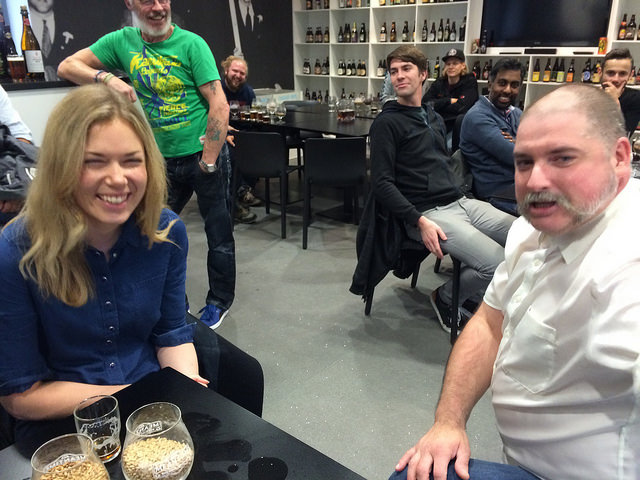 Talk about an amazing tour guide! Big Al was hilarious, kind, rude, and jolly all at once. He was really interesting, knew everything there was to know about the brewery as well as the craft brew industry, and what is going on in the industry around the world. He made the tour easy to understand and it was hands down the best brewery tour I've ever been on. It doesn't hurt that he's essentially a stand-up comedian - great timing and gauges people very well so that no one is uncomfortable. Truly enjoyable! 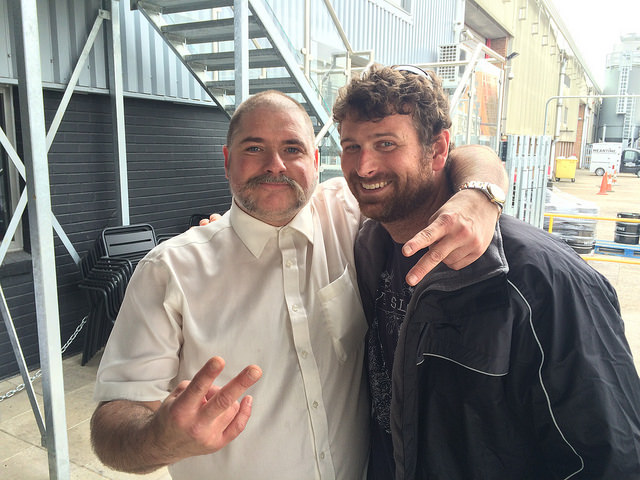 Such good looking boys, Big Al and my hubby!

In most brewery tours I've been on, you tour the brewery and learn about it first, then go to a tap room and sample what you've just learned about. Not at Meantime! At Meantime, you go straight to the tap room where you get some history and hilarity, and sample all the beers up front! 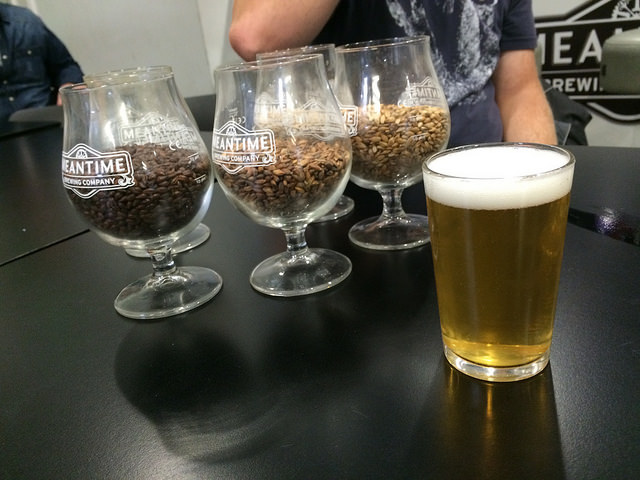 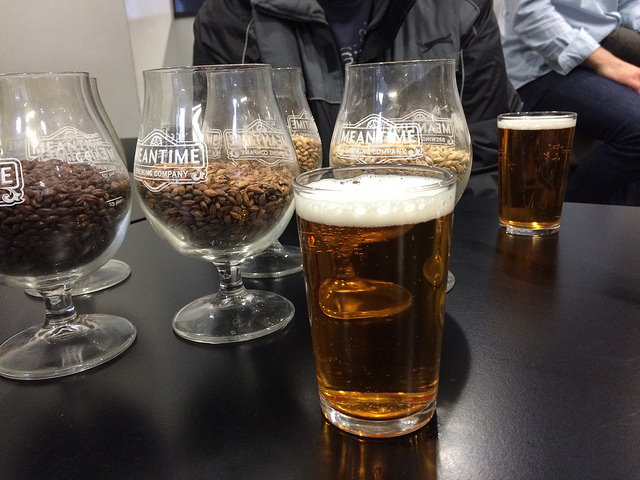 They had samples of the grains they use on all the tasting tables, so you could also sample what the different roasts smelled and tasted like. A few kernels also served well as a palate cleanser in between beers!

We sampled 5 beers or so, and they do not stint on the sample glasses! Big Al noticed myself and another woman were passing along some of our beer to our husbands, and called us out on it, but in a fun not embarrassing way.  And, even better, when he realized there were certain types we each didn't like, he poured full glasses of ones we would like for us instead! I got to try a coffee stout (or maybe it was a porter? I am terrible and can't recall... too much beer!) I liked the London Lager second best after the coffee stout I received - I am basically the anti-hipster and am not a fan of hoppy, bitter beers. 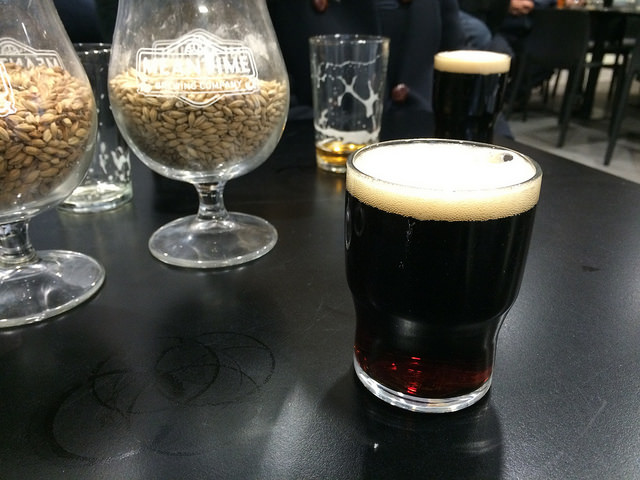 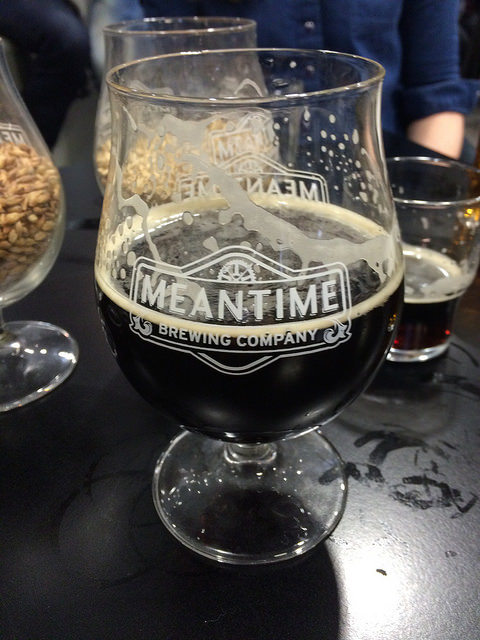 My very own sample of the coffee stout.

I must admit that I don't remember a terrible amount of details from the rest of the tour - you're served what seems like a solid two pints of beer in samples, which absolutely got me toasted. Hubby was fine afterwards, but SD and I definitely had cases of the giggles! 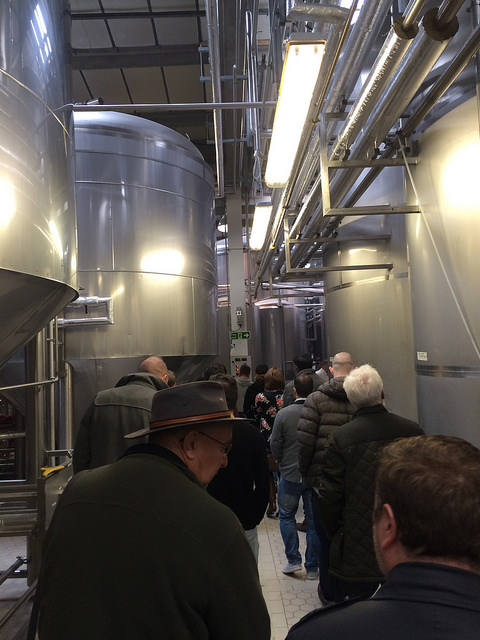 The tour ends where you started - in the restaurant/bar area of the brewery. We took advantage of their lunch menu and had a really nice bite to eat afterwards - with more beer for hubby! It was a really fantastic way to spend a couple hours on an overcast October afternoon, and I would love to go back and see what other beers they have to try the next time I'm in London. And of course, experience Big Al's tour again!
Posted by addy at 8:47 AM