Once we had dismounted our horses, we took our sore rumps to the car for the longest day of driving of the trip - the exit of Yellowstone to almost clear across Wyoming to Sheridan, WY. And we had a schedule - we had a rodeo to go to!

The drive from east Yellowstone to Cody, WY was one of the prettiest parts of our trip. President Teddy Roosevelt called the drive the most scenic in America, and it definitely lived up to the hype. 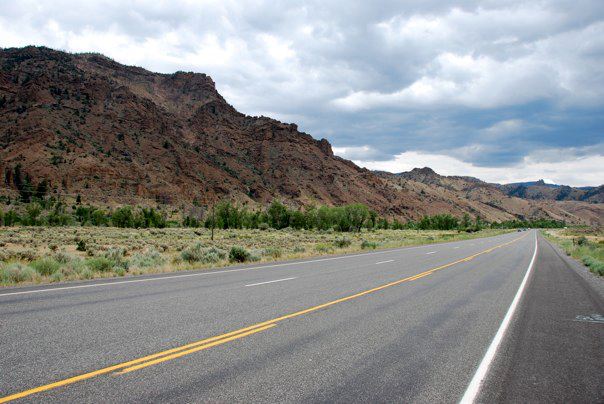 On the road to Cody, WY 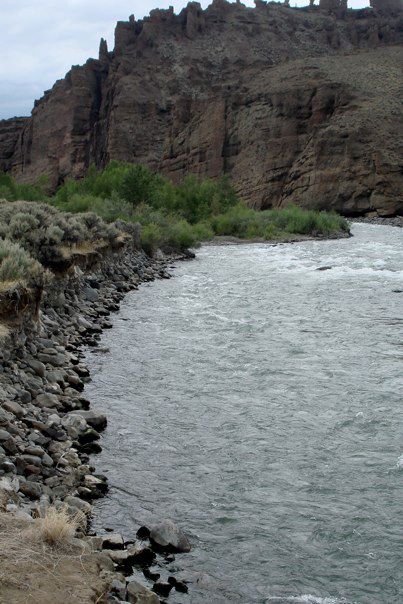 After a couple stops on the roadside to admire the amazing vistas, we made it to the Buffalo Bill Reservoir and Dam. The parking lot had a bunch of artifacts from the construction of the dam, and then there was a small visitors' center with stuffed animals that live in the area, books, and very helpful guides! 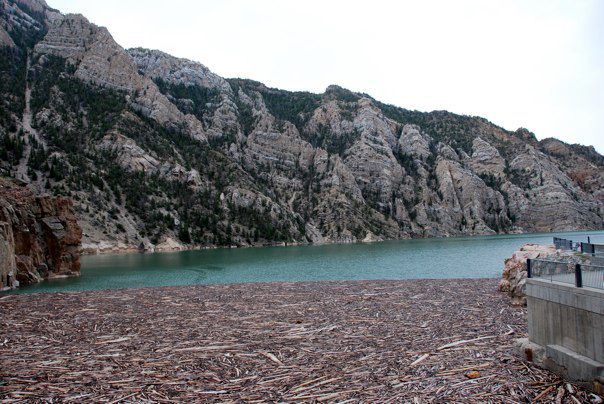 When you walk out onto the dam, this is to your right. 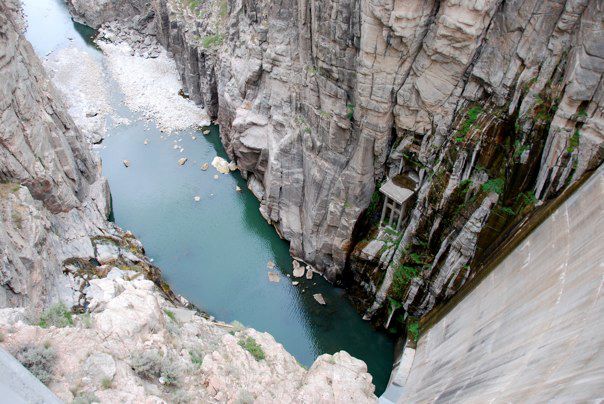 Then you turn around to your left, and it's this! (So crazy to see the difference in water levels!) 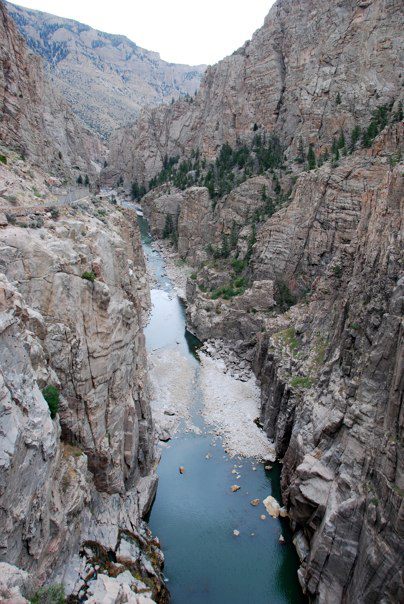 After the dam, we continued on to Cody, WY to have lunch. We ended up at Bubba's BBQ and it was delicious! And right on the road through Cody, which made it super easy to stop and then get back on the road again. If we'd have had more time, we'd have liked to have stopped in downtown Cody for some sightseeing, but we had to get to Sheridan by 6pm and had quite a bit of driving left to do.

The biggest thing we took away from this trip was that 5 days was NOT enough time to see everything we wanted to see on this route. We were ok with that, as we considered our trip more of a "taste" of the area, but there are definitely things we would like to go back for.

We continued on our drive, and took highway 14 through Bighorn National Forest. Which is yet another stunning drive, by the way. 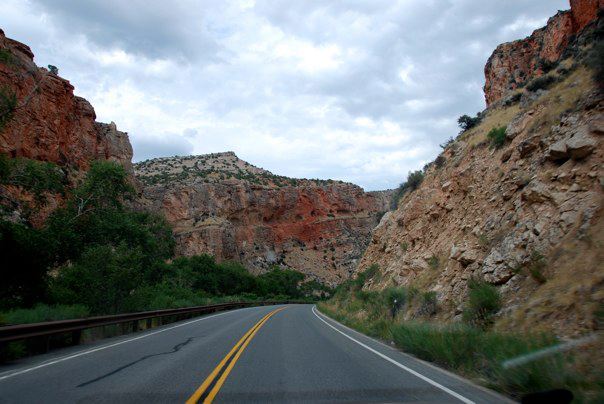 During the drive, we did take time to stretch our legs at the roadside stop of Shell Falls. It was a quick stop - a parking lot on the side of the road, and a quick set of stairs leading down to an overlook of the falls. 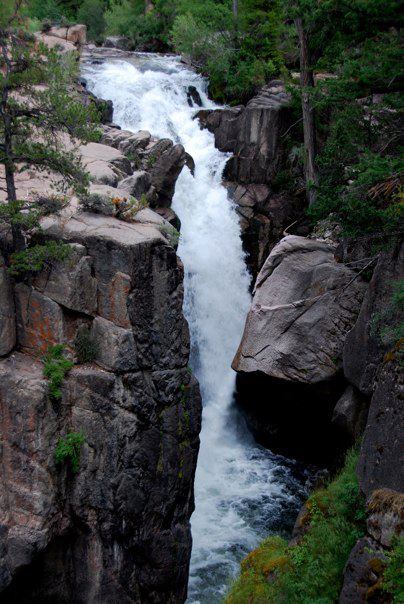 We then continued down to Sheridan, which included a very twisty road that dropped us at least a couple thousand feet in a pretty short amount of time. The drive had amazing views of the valley below, and we were really glad to have taken that route! We stopped at a gas station in a very strange little town at the base of the forest, which was quite the experience. People were really bizarre there, and kept giving us weird looks even though we purchased snacks so we could use the restrooms guilt free!

We finally made it to Sheridan around 6pm, where we checked into our hotel, then headed off to the rodeo!

The Sheridan WYO Rodeo is a big deal in Wyoming!We had no idea just how big a deal it was when we bought our tickets - it was pure happenstance that we were in Sheridan the last night of this year's rodeo. We got tickets ahead of time, which turned out to be a good idea, because it had been completely sold out for days by the time we arrived! We also bought advance parking, which also ended up being a good idea because there was NO street parking by the time we got over to the rodeo!

TRAVEL TIP: If there's something specific you really want to see or do while you're on your trip, it's a really good idea to buy tickets ahead of time. This worked out for us this time... Just keep in mind, sometimes even booking ahead won't guarantee your tickets - when we tried to get tickets for the underground area of the Colosseum before our trip last year, we weren't early enough and no tickets were available for any of the days we were in Rome.

We parked and wove our way through the food stands of the carnival at the rodeo and to our seats just in time for the opening presentation! Then, we took turns running back down to the stands for snacks - including kettle corn, cotton candy, homemade potato chips, funnel cake, and lemonade! When in Rome, right?

We realized about halfway through the steer wrestling that we weren't big fans of any of the cow/calf/steer related events. It just seemed a little barbaric to us... but we're not very educated about what happens at rodeos, either. It was definitely interesting to witness! 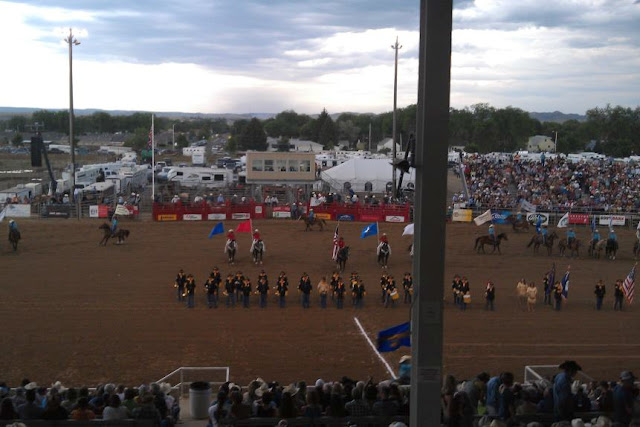 The only shot I have of the rodeo - shortly after I took this shot I saw a sign requesting no photography during the rodeo. Bummer! 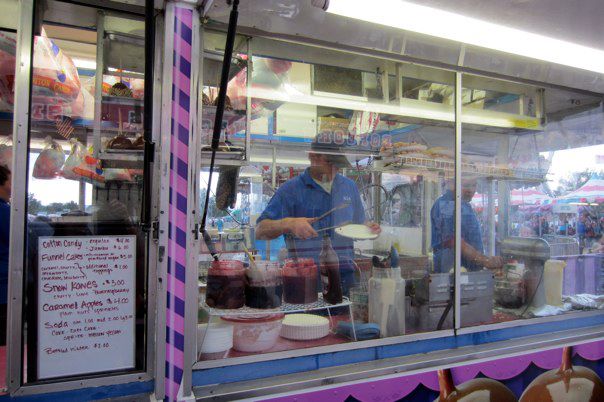 After the rodeo, we made our way over to Main Street Sheridan for the post-rodeo street dance. More vendors set up food and drinks, and there were several bands playing and lots of people dancing! It was a lot of fun, and M even found a genuine cowboy to dance with!

TRAVEL TIP: On this leg of the trip, we ran into several strongly opinionated folks who didn't quite grasp the term "politically correct." Or seem to know what was considered rude. A prime example of this was when we were in line to get into the street dance. There were two Guatemalan tourists in line in front of us, and when a worker checked their IDs to confirm their ages, he made several rather insulting comments about the fact that their IDs were in Spanish, including saying "Guatemala, huh? That's a long swim." 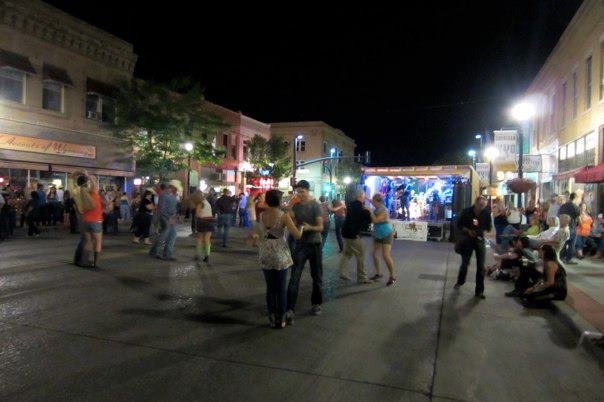 Sunday morning we slept in a bit, as we'd had two fairly early days on our trip by then. We wanted to check out downtown Sheridan during the day, but quickly realized that many places in Wyoming were closed on Sundays (or they didn't open until noon or later)! It was something we hadn't even considered, as in California you rarely come across establishments that are closed Sundays, and the whole downtown being virtually shut down was kind of crazy. A few chain stores were open, including JC Penney and Boot Barn, so we just walked around a while, then headed out again! 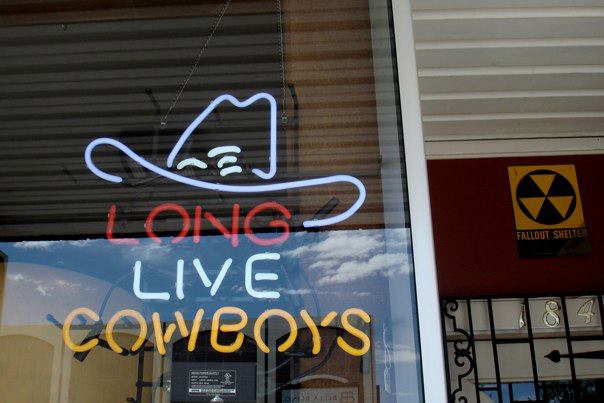 My favorite signs from Downtown Sheridan - "Long Live Cowboys at the Fallout Shelter!" 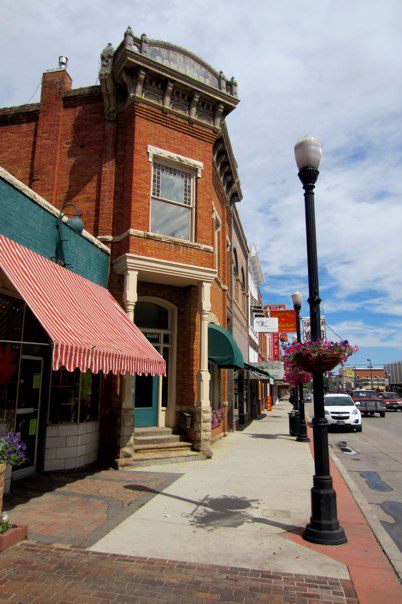 Downtown Sheridan was cute and quaint. 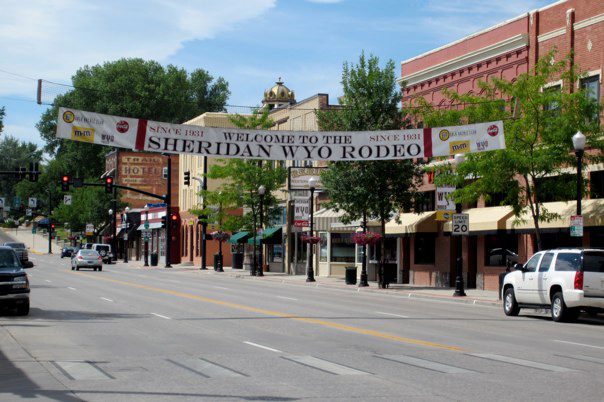 The rodeo is such a huge thing for Sheridan!


After a quick trip to the grocery store we were back on the road, this time headed for Deadwood, South Dakota!

TRAVEL TIP: We saved ourselves a lot of money and time by stocking up on some basic groceries like sandwich makings, bottled water, and snacks at the grocery stores along our way. Not only did we save money from not eating out for every meal, but it kept our stomachs happy so we didn't have to stop as often!
Posted by addy at 5:30 PM

Those photos look so amazing and I LOVE WY! Have a great day. xoxo