The Montana Grizzly Encounter was absolutely awesome. After we got lost outside of Bozeman, we didn't have a ton of time, but wanted to do something cool and "Montana-y." And the Grizzly Encounter totally fit the bill!

It was an easy drive outside of Bozeman - only about 10 minutes on 191/90 East. It cost $7/person to get in, and you could spend as much or as little time as you wanted watching the bears. I think we stayed a little over an hour, which was plenty of time to check out the grizzlies!

The two bears that were in the enclosure were Sheena and Brutus. Sheena is a 26 year old female who was born in captivity and through some random circumstances ended up spending 13 years of her life in a 6'x4' cage until she was rescued by the organization. She only tolerates Brutus, so no other bears are allowed out while she's out. She also doesn't let humans touch her. Brutus, on the other hand, is a 10 year old male who stands at 7'9" tall. He was raised with human interaction, and sometimes works on movie sets! 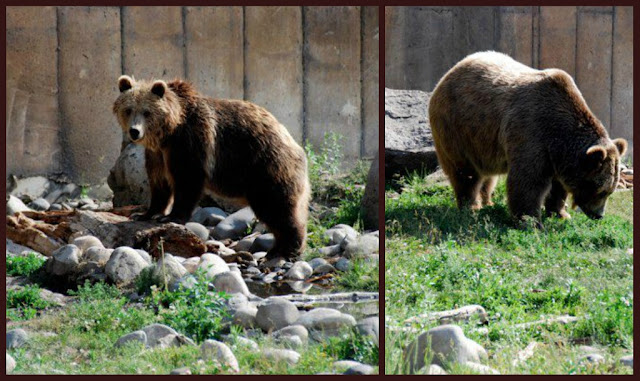 Sheena meandering to the water and Brutus sniffing some wildflowers. 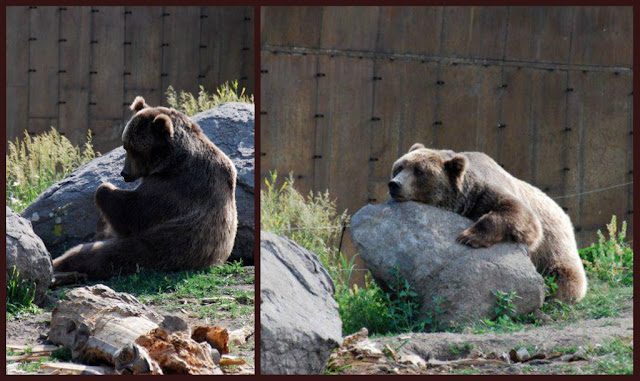 Brutus was such a ham! He really played it up for the cameras - and he seemed to love cuddling rocks. 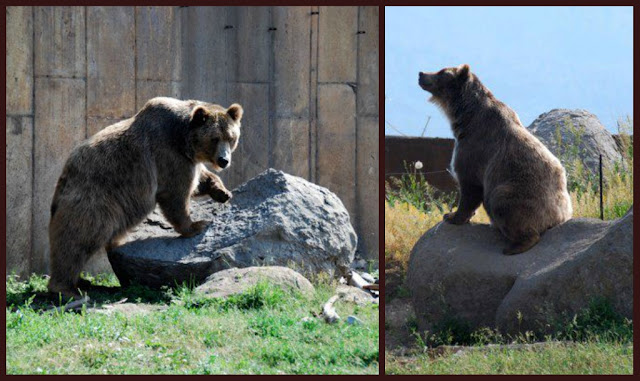 After about 35 minutes of hanging out, Sheena decided she wanted to go back to her den, but it wasn't time yet, so she decided to take a bath instead. It was so fun to watch her sunbathe in the water! She plopped in, grabbed a piece of wood like a water noodle, and just sat. 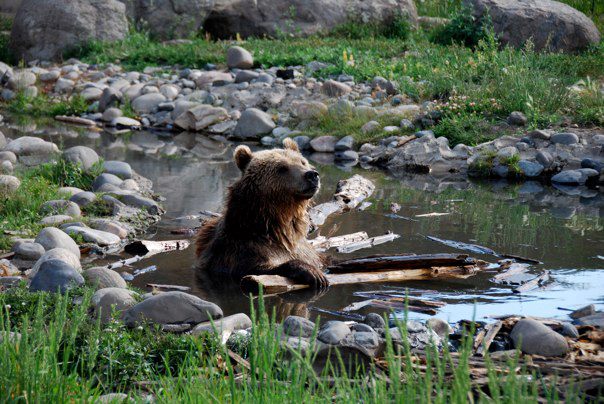 Sheena right after she got in the water. 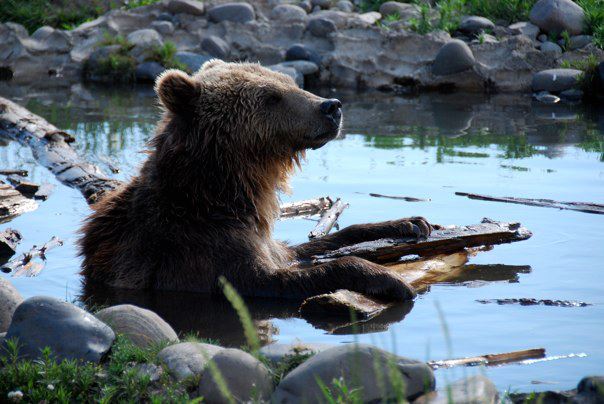 Sheena was my favorite.

We were very, very happy that we ended up visiting the Montana Grizzly Encounter! I highly recommend it to anyone visiting the Bozeman area.
Posted by addy at 3:33 PM