Finally, I'm getting around to writing about our trip to Montana, Wyoming and South Dakota!

We started the day off super early, as the only direct flight from LA to Bozeman the day we flew was at 8am. As per our habit when flying out of LAX, we left early enough to hit Randy's Donuts on the way - it's the best donut place in LA, hands down. Yeah, that's right, I said it. 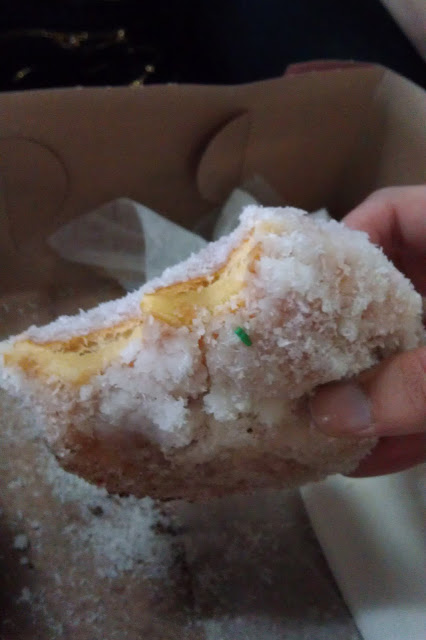 The coconut donuts from Randy's Donuts are the best EVER!

Anyway - our first moment of trepidation was when we boarded the plane to Montana. People, the planes that fly to Montana are SMALL. It had been a while since I'd flown in that small of a plane, and I had forgotten how much more turbulance you feel in small planes. 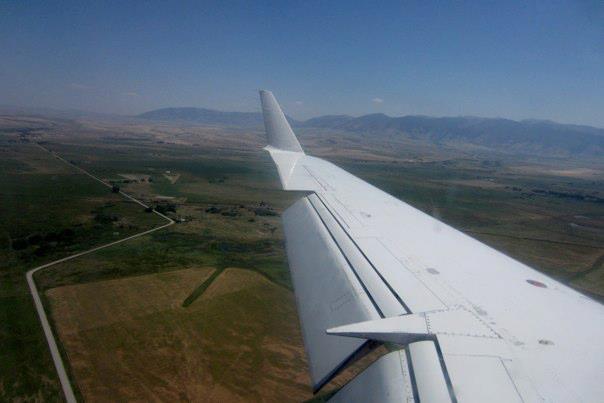 On the descent into Bozeman!

The flight didn't take too long, and soon we were in Montana! 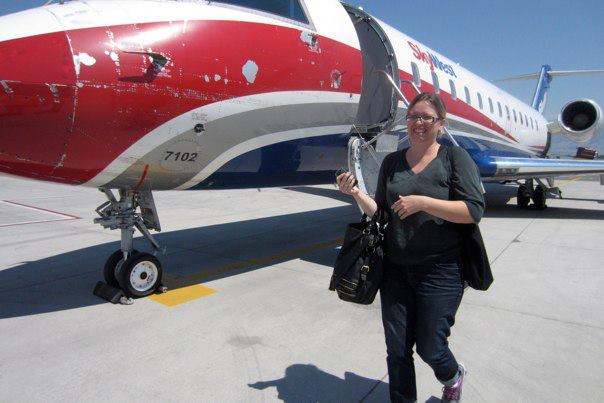 TRAVEL TIP: Rental car companies can charge you for the time the car is in the shop if any damage is done while you're driving it. So make sure that your insurance policy not only covers the damage, but also the cost of the rental while the car is being repaired!

We checked into our hotel, the Western Heritage Inn of Bozeman, ate lunch at a very fun place called The Garage, discovered a great wheat beer called Harvest Moon Beltian White (seriously, if you're in Montana, get this beer), and then attempted to drive out to Palisades Falls. The GPS had other ideas, so instead we grabbed coffee at the Leaf & Bean downtown, then headed out to the Montana Grizzly Encounter! That deserves a whole post of its own, coming soon...

Even though we didn't end up where we had originally planned, we were happy with the detour - everywhere we looked was amazing scenery! Montana is a truly beautiful state. 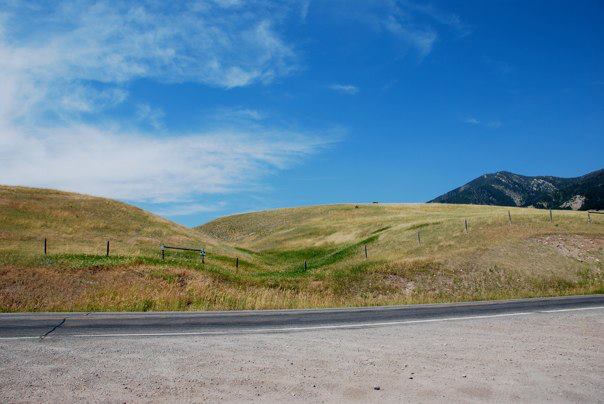 Hillside where we turned around after getting lost (again) 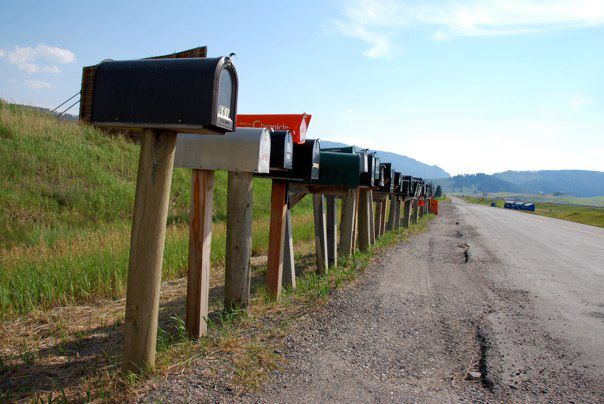 After the Grizzly bears, we headed back to the hotel to refresh - it's HOT in Montana in July! - then went to the "Music on Main" event downtown.

Downtown Bozeman was so fun! For Music on Main, they closed down about 6 blocks of downtown, and people set up booths of food and crafts. There were two stages with bands playing, and it was absolutely packed.

We checked out the Chocolate Moose candy store, snacked on kettle corn while we waited for a table at Mackenzie River Pizza, and then wandered around the balmy evening, popping into any store that was still open. 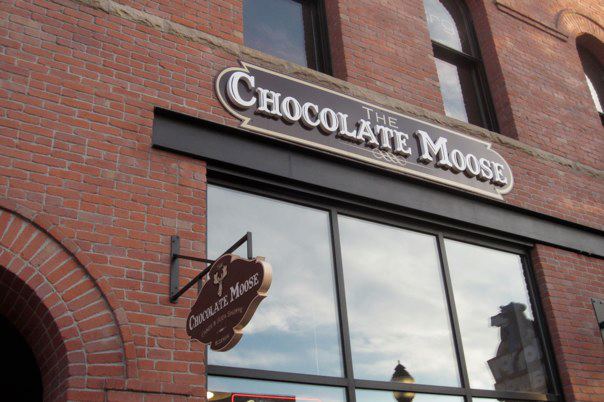 The Chocolate Moose in downtown Bozeman

The following morning, we started down towards Yellowstone. There are two ways to drive down to Yellowstone from Bozeman - East on 191 to Livingston, then south on 89 to Gardiner to the North entrance, OR West then south on 191 to West Yellowstone to the West entrance. We went to the North entrance, which is a slightly shorter route. The West entrance is supposed to be a nicer drive, but we were short on time with only one day in Yellowstone, so we wanted to get there as soon as we could. 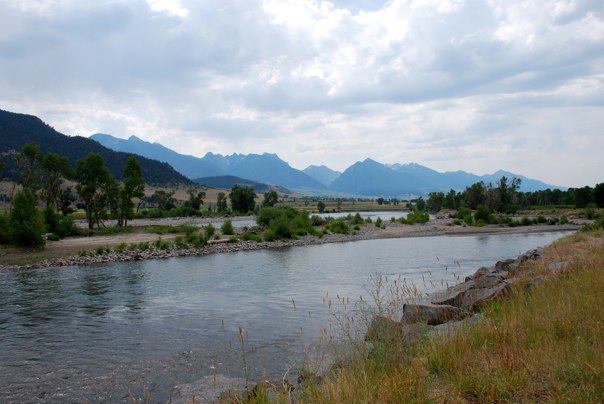 Yellowstone River, off highway 89 in Montana

On the way down we stopped for coffee in Livingston, Montana, a cute little town with a crazy sports shop with trout on the facade, and then in Gardiner for a restroom break and some souvenirs, then we were off to Yellowstone! 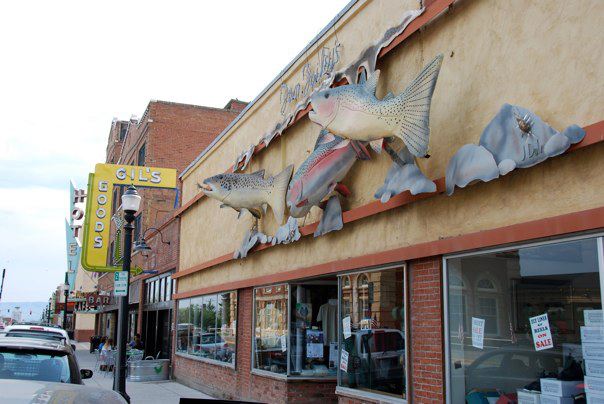 TRAVEL TIP: It costs $25 to enter Yellowstone, but your pass is then good for a week. Going for more than a day is totally recommended - while we didn't fully take advantage of the pass, it was still worth the entrance fee! 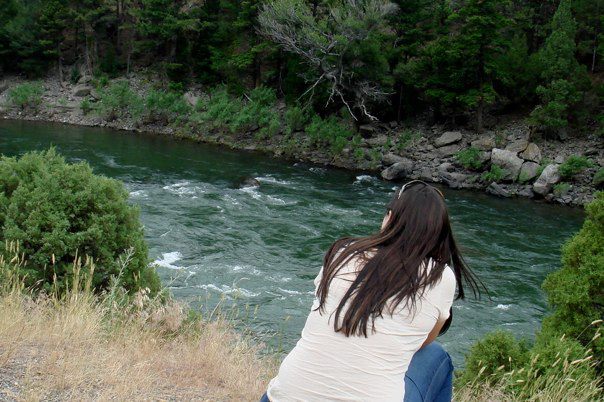 Taking a shot of the Yellowstone River just outside Gardiner, MT

Up next: The Montana Grizzly Encounter, and our adventures in Yellowstone!
Posted by addy at 3:05 PM