5 Night Taste of Croatia: Our Trip Overview, and What I'd Do Differently

When we first selected Croatia for part of our summer trip, neither Hubby nor I knew much about the country itself - we had only heard amazing things about sailing in Croatia. 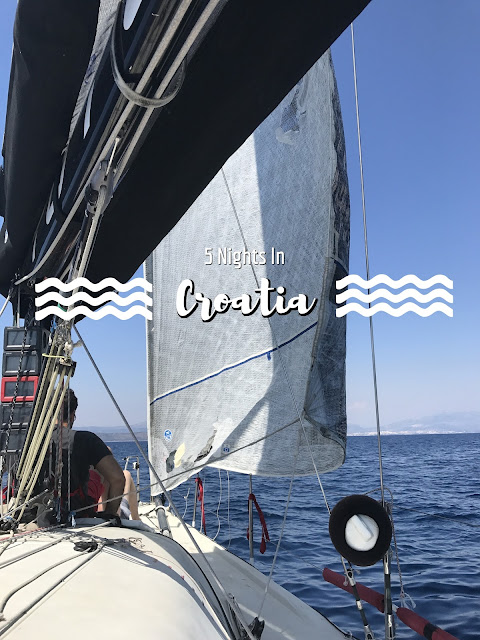 We didn't have quite enough time for the kind of sailing trip we'd like to do there, since we were combining visiting Croatia with a trip to Austria for a wedding. Instead, we decided to get a quick feel of the country, so we would know better where we'd want to go visit for a longer trip someday.

Now that we've completed our trip, a couple of things have stood out as things we'd wished we'd have done differently! Here's a quick overview of what we did, plus the things we would recommend to others getting a taste of Croatia.


OUR TRIP
When looking at flights and such from Vienna, we made the decision to fly into Split, via Zagreb, and spend four nights there, then take a ferry to Dubrovnik for our last night. Our flight got in very late on the first night, and we left very early the day we went to Dubrovnik, so we essentially had three full days in Split, plus about 24 hours in Dubrovnik. 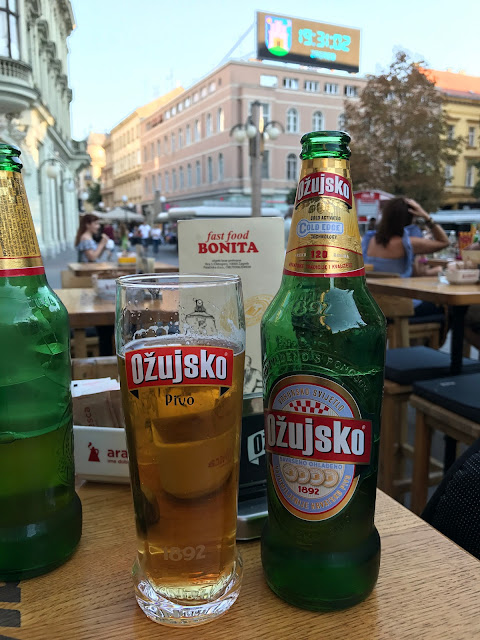 Dinner in the Zagreb city center

We had planned to break out trip down this way: 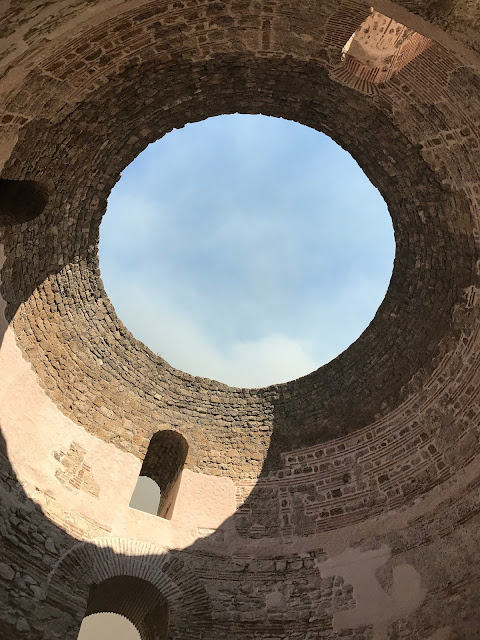 The vestibule in Diocletian's Palace, Split

Even though this was a very quick itinerary with a lot packed in, we felt like we had enough free time to wander around both cities to get a feel for them.

TRAVEL TIP:
If you're planning a boat trip, especially a day sail, book it early enough in your trip so you have some flexibility in case the weather is not ideal for your trip!

I was very glad we had booked our sailing day on our first day in Split, because it ended up being cancelled due to the high winds. Having it early in the trip allowed for us to reschedule a different tour for our third day. There was also a brush fire close to Split while we were there, making our Plitvice tour on day two ideal since it got us out of the city center for the day.

WHAT WE'D DO DIFFERENTLY

~ CHECK THE CALENDAR
We didn't pay close enough attention to what else was happening in Split on the days we were visiting - and it turned out that the Ultra Europe festival (Europe's biggest EDM/house music festival) was ending on the day we arrived. Everything in Split was significantly more expensive due to the 120,000+ people who go to Split for the festival! 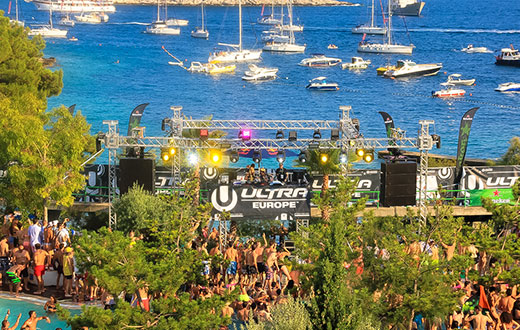 ~ CHECK FOR TOURS
We landed in Zagreb for a 4 hour layover, and then arrived in Split very late. As we found out later, there are tours to Plitvice Lakes that include transfers in between Zagreb & Split (or vice versa). This is an awesome option for anyone that's trying to figure out how to get in between these cities, especially if Plitvice Lakes is on your list to check out! The tour with the transfer is only about 45€ more than the tour by itself, which is still more than taking the bus alone, but it's much cheaper than a flight or renting a car. 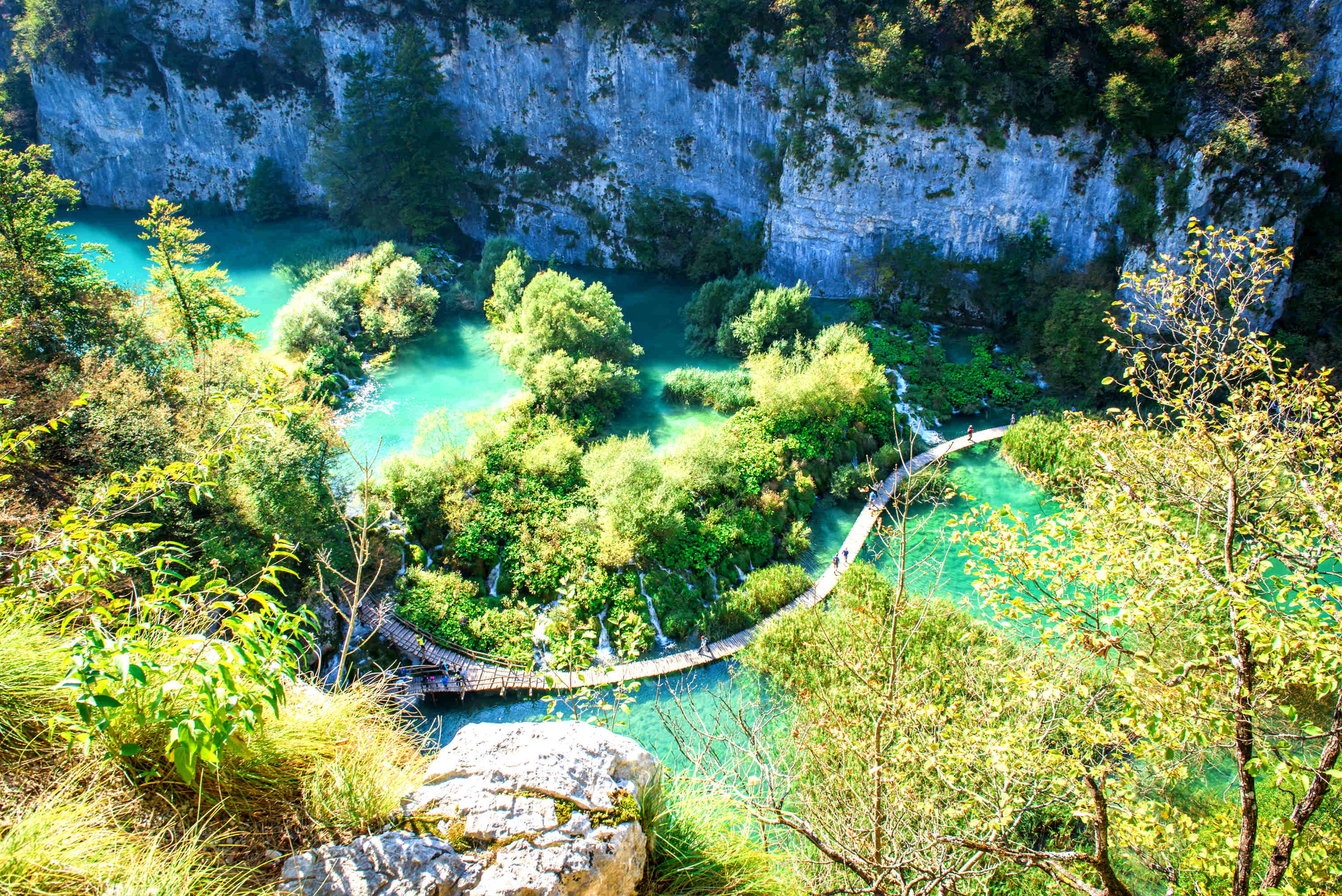 ~ CHECK YOUR SCHEDULE
If I were planning this trip again, I'd try to extend the trip to at least 6 nights, or 7 if possible. 5 1/2 days was a nice taste of the country, but wasn't *quite* enough time to really get a feel for it. It would have been really nice to have an extra night or two to in Zagreb, or on one of the islands. 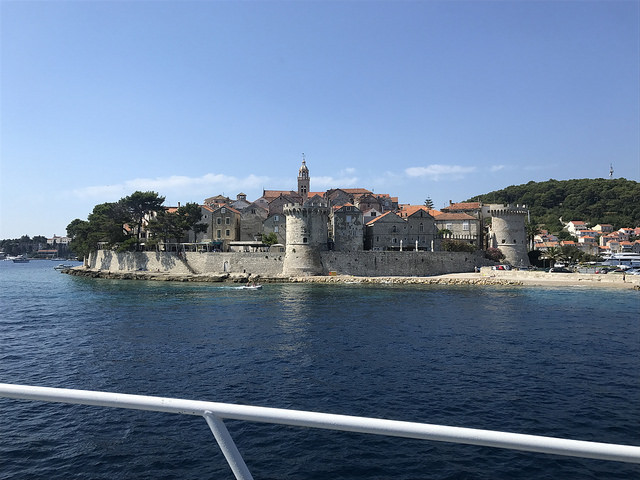 Korčula island from the ferry

Here's what I'd do next time:

If I could sneak in an extra day, I'd take the ferry from Split to Bol, or Korčula, or another island on the ferry route, spend a night wandering the island, then take the ferry to Dubrovnik on the morning of day 6 instead! 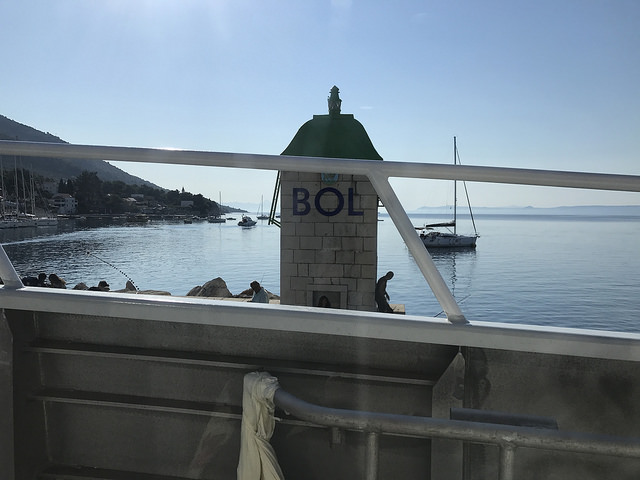 Bol, on the island of Brač, from the ferry

Regardless of your itinerary, Croatia is not to be missed if the opportunity arises!

Check out more Croatia posts here!
Posted by Addy at 6:32 AM