London to Brussels: The Chunnel Train

The Chunnel train is something that both Hubby and I were super excited to go on. We both love public transportation, and trains, and it seemed like the ultimate one - a train that goes under a channel! 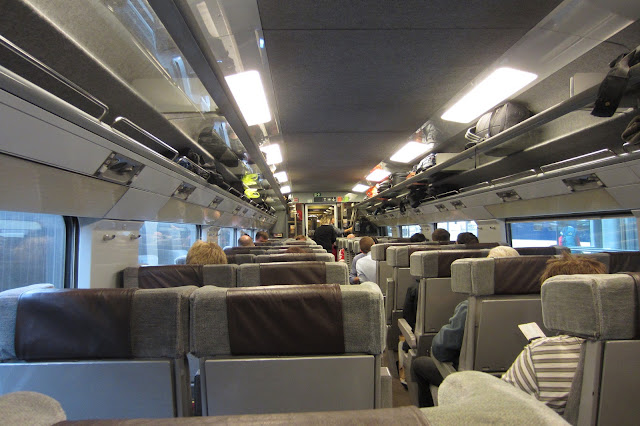 Inside the "standard" class car on the Eurostar train.

TRAVEL TIP: Buying train tickets in Europe for "long" trips (1.5 hours +) is almost always cheaper if you buy in advance online. Also - if you don't have a credit card with a chip (a lot of US banks are now issuing them), leave time to go into the ticket booth, as the ticket kiosks usually only take chip cards. When we were in Belgium, we missed two trains from Brussels to Bruges because we had to hunt down the ticket office and then stand in line!


I'm not sure what we were expecting, but I'm not going to lie, it was a tiny bit underwhelming. I know, that's not what you wanted to hear, but it's true. It was still an adventure, but in all honesty, the chunnel felt basically like a super long tunnel. (Which, let's admit, is what it is).

Anyway - I would still recommend it. It's still a great way to get between Paris and London, or London and Brussels (like we did). It's efficient, comfortable, and depending on when you book your tickets, absolutely reasonable.

We started in London and crossed over to mainland Europe, and the one thing we forgot about was security. When you get to the station in London, there's a huge terminal, but to get to your train, you pass through security (metal detectors and all) and passport control. Make sure to give yourselves enough time to get through this process - it didn't take long but it was an added step that had slipped our minds.

Grab a bite to eat in the terminal before you pass through security, because while there are tons of shops on the "unsecured" side, once you're in, there's a little shop that sells drinks, magazines, sandwiches, and snacks, but not much else.

TRAVEL TIP: There's free wi-fi in a lot of the public areas in London, including the terminal for the chunnel train!

For the ride itself: you start out in London, then cross into the countryside, and occasionally go through a short tunnel. Then, eventually you go under a tunnel and stay under for a while. 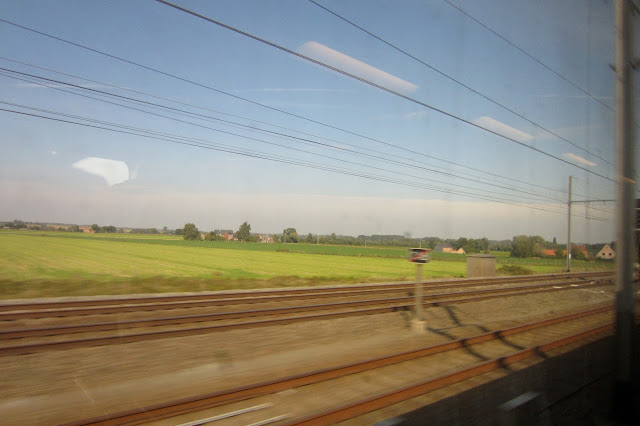 The English countryside before the chunnel.

We booked standard fare, and were really pleased. We still got assigned seats, and the seats were comfortable and totally fine. I might upgrade to first class next time, but I'm not even sure what that would include - there were still lots of comforts (including the snack guy who comes around with his cart) with the standard fare. And, it's only a couple hours, so I'd be less likely to splurge than on a longer trip. 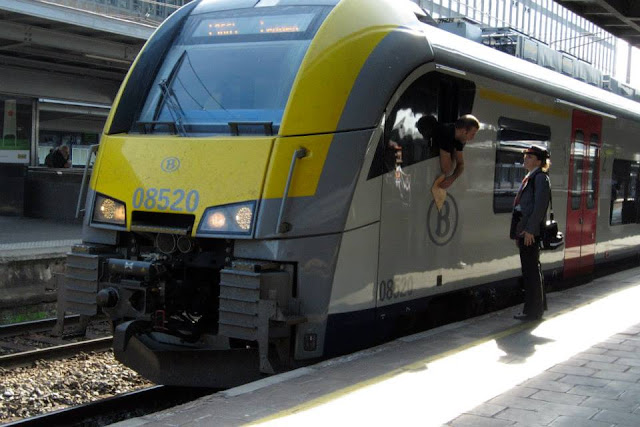 Train in Belgium (yes, the engineer was having a bit of a flirt)


Have you taken the Chunnel train? Was it everything you were hoping for?
Posted by addy at 6:33 AM

Labels: belgium, europe, how to get there, london, take a train